This period depiction of a Flower Garden in the form of a vast graphic album is evidence of its uniqueness that was confirmed in 1998 by its addition, with the Chateau Garden and the Chateau itself, to the UNESCO World Heritage List. The uniqueness of the early Baroque garden lies in its internal duality, where on the one hand it still resembles late Renaissance Italian and Transalpine gardens, but on the other hand it opens the way to the French Baroque-Classicist type.

From 1665–1675, Olomouc Bishop Karl von Liechtenstein-Kastelkorn (1664–1695) started to build a representative garden in an old orchard near the suburban settlement of Štěchovice, to the west of the town wall. The main part was created by imperial architect Giovanni Pietro Tencalla (1629 -1702). The bishops mezzotint portrait in the album is the second one after the cover sheet. Karl is shown here in the role of sponsor of the album as well as the garden. The garden was to be a magnificent representative garden, referring to the broad purview of its sponsor. On the other thirty-three sheets, the most impressive parts of the Flower Garden include two vast birds eye views and a view of the city and the Chateau with the Chateau Garden. These are captured by Georg Matthias Vischer (1628–1696), an Austrian mathematician, topographer and cartographer, and Justus van den Nypoort (1645/1649 – after 1698), a Dutch painter and graphic artist.

Justus van den Nypoort worked in various parts of Central Europe. In Moravia, his name is documented in 1691 when he served the Olomouc bishop. In the Kroměříž Chateau, five of Nypoorts paintings were preserved. However, his most important Moravian work is the representative graphic album of views of the Flower Garden. The bishop also commissioned illustrations for the diocese calendar from Nypoort. 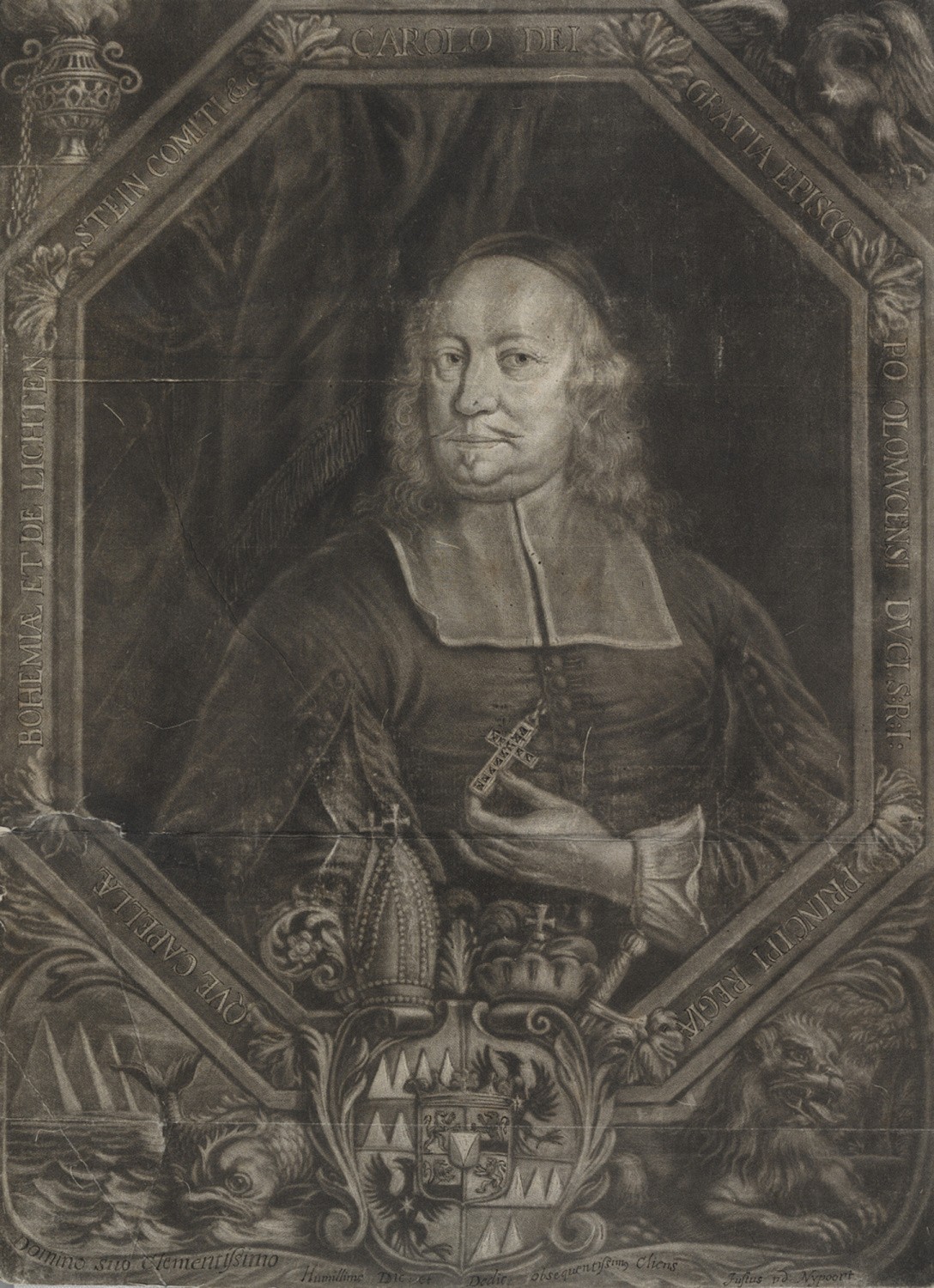