Four Stories in Black and White, 1925

František Kupka is one of the initiators of non-depictive, abstract art. He was a graduate of the Prague, Vienna and Paris Academies, and in his work he connected the stimuli of Orphism and Constructivism with elements of Spiritualism and Cosmology. He favoured a lyrical concept of image substance and space. In the mid 1930’s, František Kupka created a cycle of twenty-five separate sheets called Four Stories in Black and White, nowadays regarded as his most significant graphic work. The cycle consists of four parts; at the core of each is a central graphic sheet whose non-figural, abstract geometric motif is varied by the remaining five. Kupka intentionally chose the technique of wood engraving - unusual for him - monochromatic, black and white colouring that enabled him to concentrate fully on the shape and composition of elements. The cycle has the author’s introductory preface which provides evidence of the significance ascribed by Kupka to his conceptual experiments. 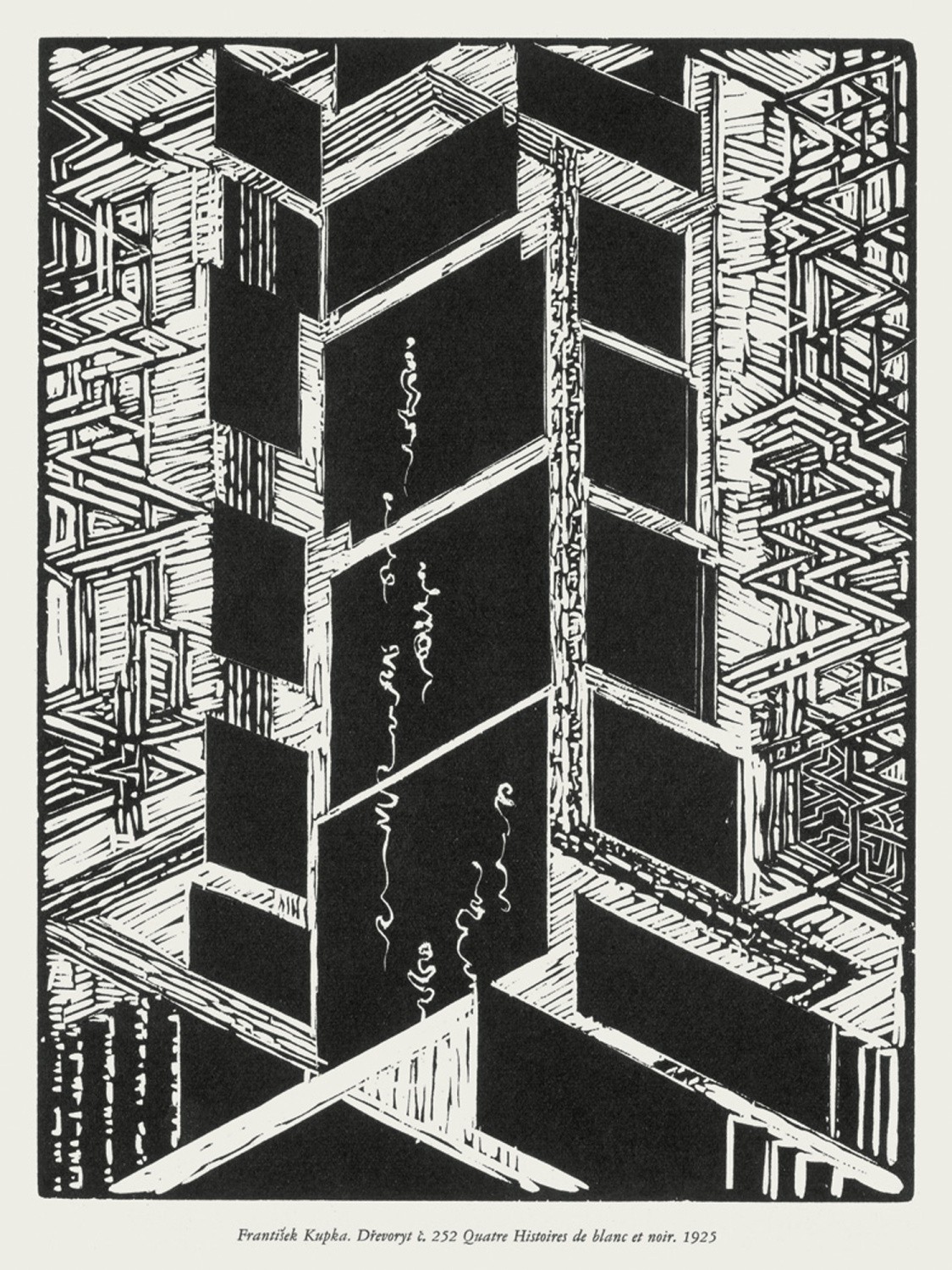