The Czech landscape school from the turn of the twentieth century is connected with the pedagogical work of Julius Mařák (1832 - 1899) of the Prague Academy of Fine Arts. Among his students was Alois Kalvoda, in whose works we can see the start of a composition, colour and handwriting relaxation, in contrast to Mařák’s peak period with his melancholic dreaminess and earthy colours. Alois Kalvoda is traditionally linked to impressionism, the influence of which is mainly expressed in his work with colours, in particular the colourfulness of the shades chosen. He was probably influenced by his stays abroad in 1900 in Paris and in Marne, similar to his fellow students Antonín Slavíček and Antonín Hudeček. For the three of them the return to the motifs of homeland landscape is typical. In Kalvoda’s paintings, drawings and graphic sheets we can see the echo of southern Moravia where he was born, in particular the surroundings of Břeclav and Strážnice. 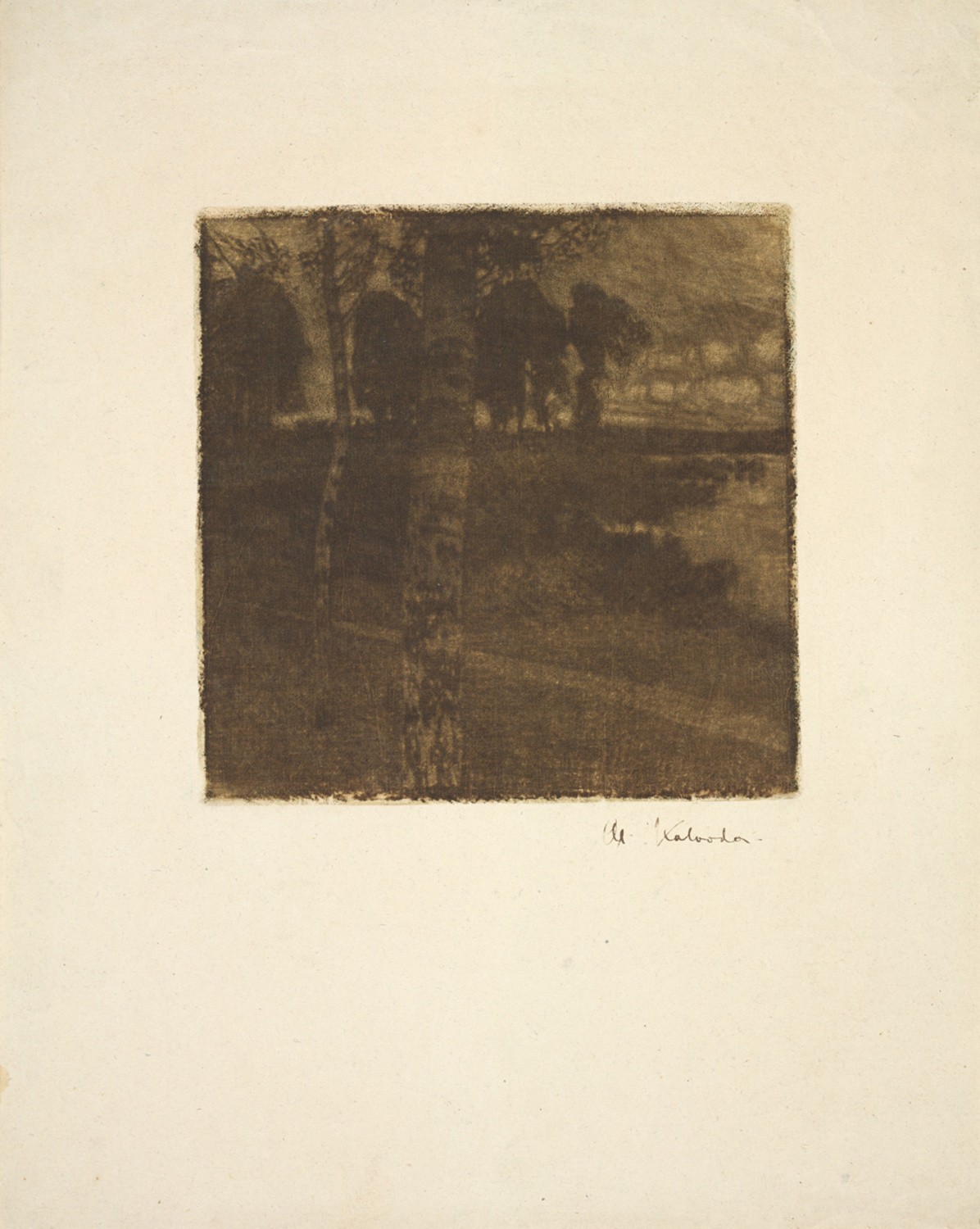