Zuccaris drawing is a sketch for the fresco in a pendetive of St. Matthews Chapel of the Santa Maria della Consolazione Church in Rome. On the verso, there are two sketches of male nudes in huddled positions, considered by Milan Togner as a sketch for a group of sleeping apostles in the composition of a fresco on the theme of Christ on the Mount of Olives, again designed for the decoration of St. Matthews Chapel. At the bottom of the drawing in the centre, an eight-pointed star is embossed in black. Nicolas Lanier, prominent collector, musician and painter, marked the drawings he acquired with stars. Through his acquisitions of works of art he enriched the vast collections of King Charles I of England and Earl Thomas Howard of Arundel. It was from his collection and through the studio of brothers Franz and Bernard von Imstenraed of Cologne that several drawings came to the collection of the Olomouc bishops. Also the Kroměříž drawing by Sebastiano del Piombo is marked with Laniers collectors mark, this time a five-pointed star.

Taddeo Zuccari learnt drawing from his father Ottaviano and at fourteen he went to Rome, where he worked in several workshops and studied Raphaels work in particular. He became famous for his paintings on facades, none of which has been preserved, although we are familiar with the sketches for some of them. 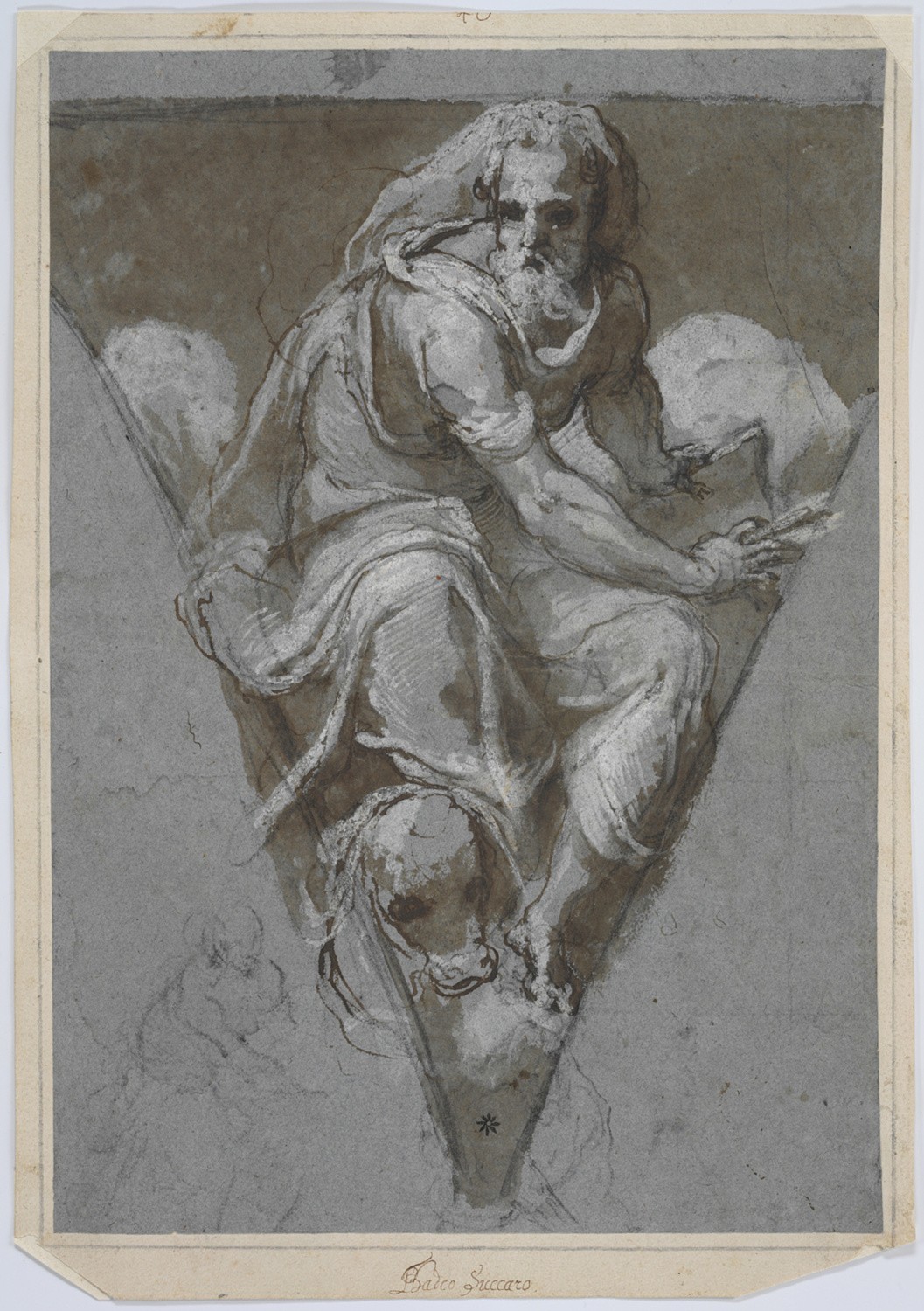 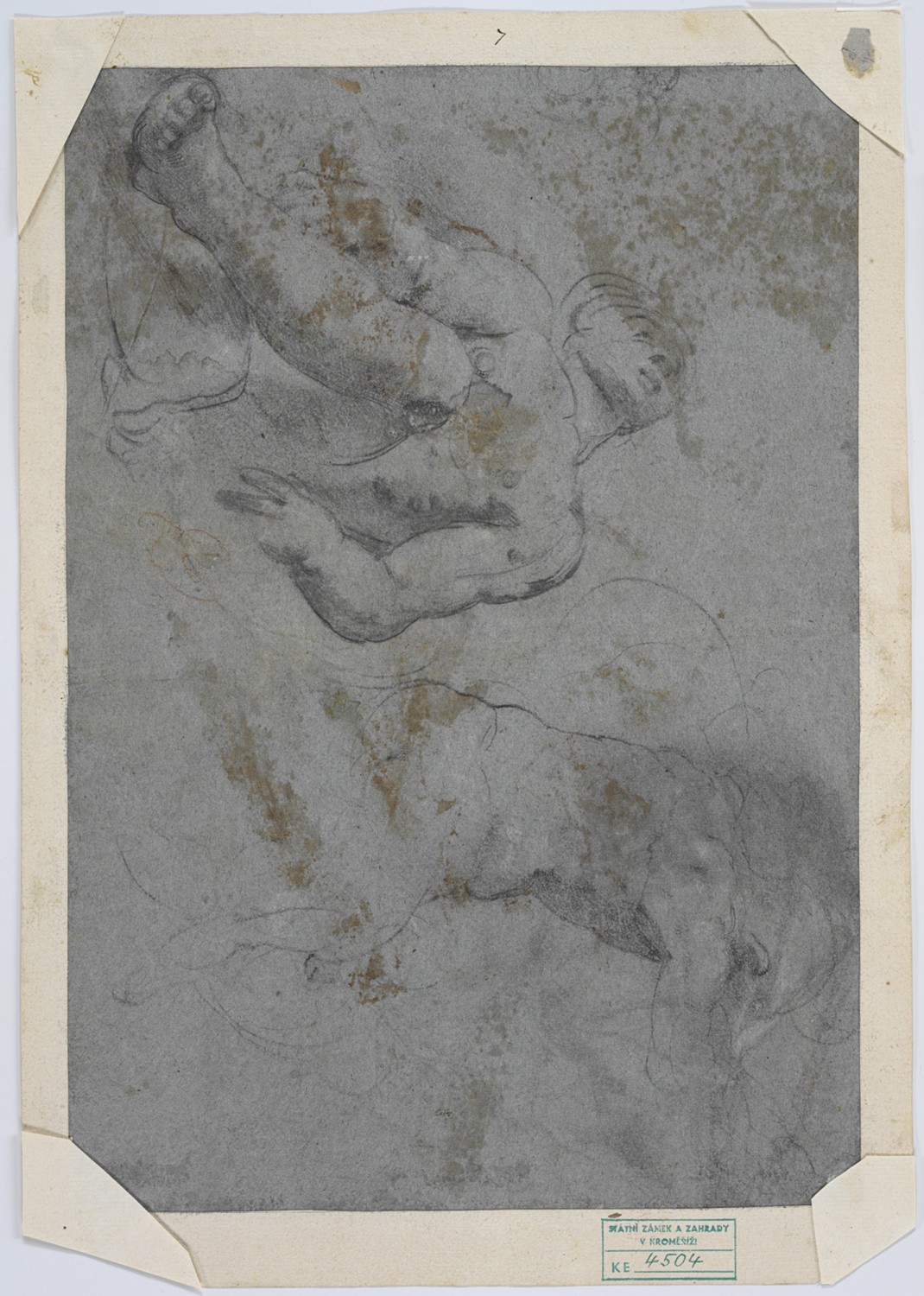 Luke the Evangelist, around 1555
Related