Anna Zemánková is one of the most famous and most respected representatives of Czech Art Brut. The significance of her work, however, was felt across our borders long ago. Her works have been exhibited at world exhibitions of imaginative work, most recently in 2013 at the Venice Biennale, and they are part of the collections of about twenty prestigious galleries and museums worldwide. The Olomouc Museum of Art also has a small collection of her works. The annual Art Brut Film Olomouc is dedicated to Anna Zemánková who was born in Olomouc.

From the beginning of the 1960s to her death in 1986, the author depicted her own world through her remarkable drawings, made attractive by their lively pulsation springing from archetypal sources and by the breadth, variability and diversity of the art techniques used, in which she often combined drawings with pastel, crayons, tempera, and ball pen. She also used perforation and the bricolage technique.

The drawing by Anna Zemánková shown here comes from the mid 1960s, presenting an image of the inner space of the author which she opened in mysterious dreamy concentration before dawn, when the main parts of her drawings were created, and to which she added details during the day. In the dynamics of the forms and soft lines, Eros rules cryptogamously, unity is created by plant and animal elements, even at the moment of artistic vision, a hidden movement may be perceived - the sprouts, leaves, flowers, fruits, animal details - inner nature living its own life. Also the inventive decorative details are alive, these are never autotelic in Zemánkovás work, often resembling microscopic structures and cellular shapes. In her vast work you will not find two identical works. In this period she mainly used pastel, complemented at times by ball point pen. 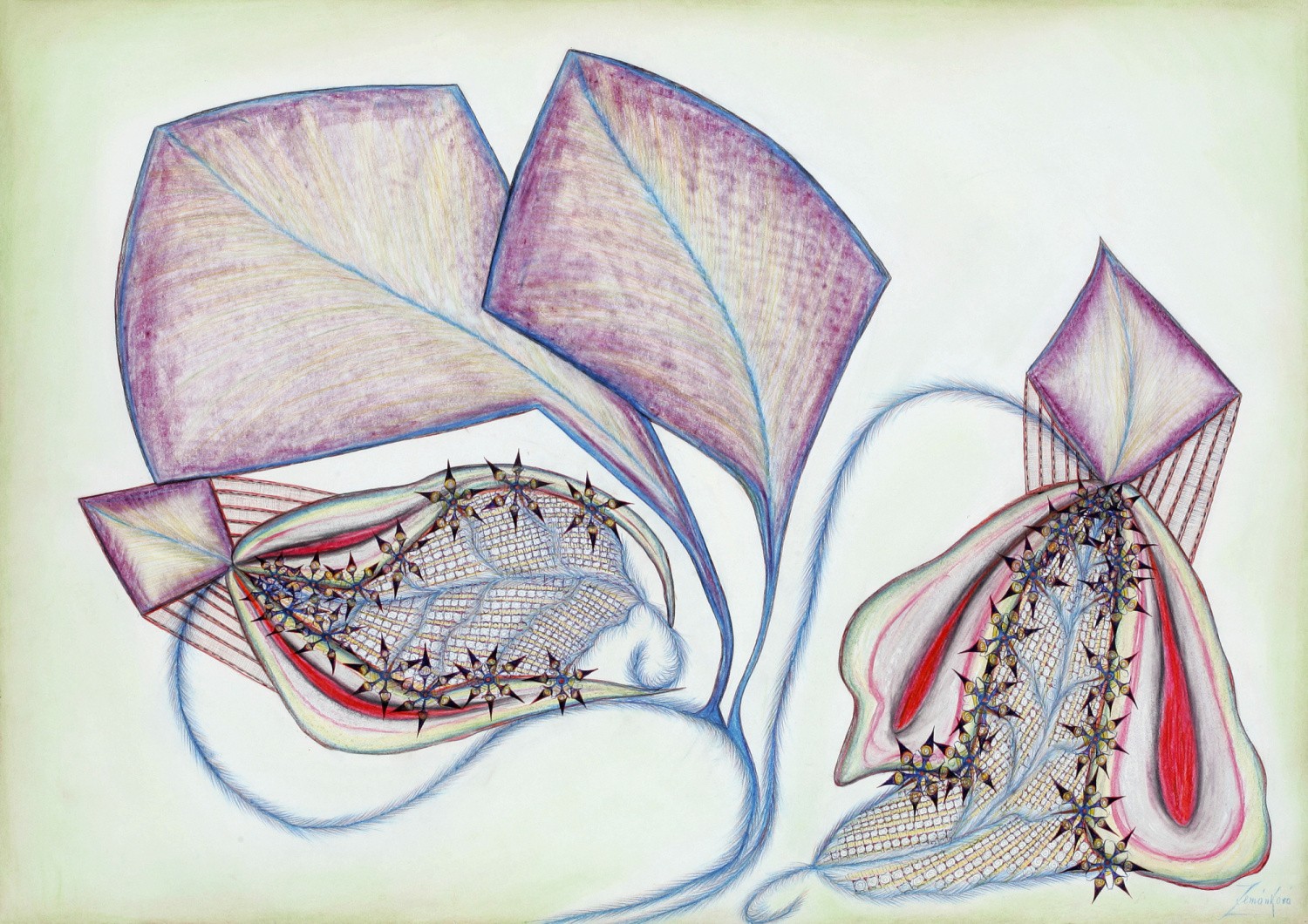