The Kroměříž drawing by Giulio Romano is one of the definitive studies for the fresco on the theme of the Fall of the Giants in the Sala dei Giganti of the Palazzo del Te in Mantua, and is based on Ovid’s Metamorphoses.  In a dynamic way it captures the central group – the supreme god Jove with his wife Juno in the clouds, with flowing drapery. Placed between them is Jove’s attribute, the eagle, turning its eyes to the sovereign god.  But before completing the piece Giulio Romano altered the composition considerably by replacing the eagle between the married couple with the figure of a young man, the upper half of his body veiled by clouds.  The enthroned eagle was placed in the centre of the composition of the fresco.  Thus he used it both as Jupiter’s attribute and as the Gonzagian emblem celebrating the family of the Mantua dukes.  The drawing may be dated relatively precisely thanks to archival materials which refer to the history of the palace decoration. The fresco designs were prepared by Giulio at the end of 1531 and the implementation started in March 1532. The square network on the drawing implies that it was one of the last studies for the central scene.  The quality of draughtsmanship, the precise attribution, as well as the size of the work makes Giulio’s drawing of Jove and Juno one of the masterpieces of the Kroměříž collection.

Italian artist and architect Giulio Romano became famous, particularly for his designs for monumental frescos and architectural schemes. His contemporaries mainly valued his drawings, which were light and inventive. At the beginning of the second decade of the 16th century, he joined Raphaels workshop, becoming his favourite pupil. According to Raphaels drawings, between 1518 and 1522 he participated in the decoration of the Vatican Stanzes and Loggia. He also worked with Raphael in the Villa Farnesina in Rome. After Raphaels death in 1520, Giulio took over some of the masters commissions. In 1524 he accepted an invitation to the Gonzaga Court in Mantua where he engaged in architectural activities and the decoration of Palazzo del Te. 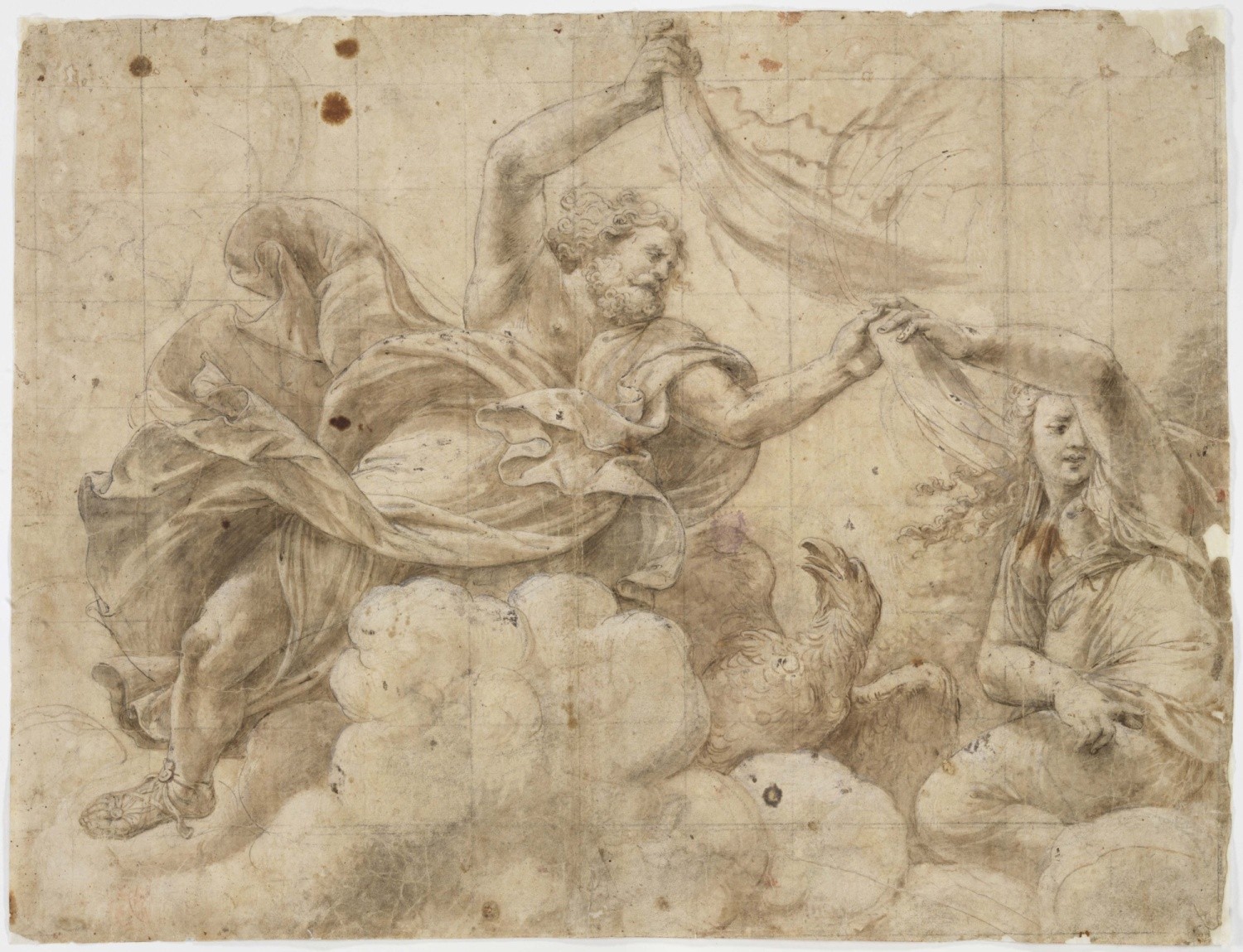