On the obverse of this unique coin is the archiepiscopal coat of arms, in the form of a quartered shield with three helms, containing crests and jewels. On the reverse is the patron saint of the diocese, St. Martin, riding a horse and sharing his coat with the beggar sitting at the bottom. The legend states the name and titles of the issuer (obverse, Wolfgang, by the Grace of God Archbishop of Mainz and Elector) and the title of the coin (reverse, new silver coin from Mainz 1586). 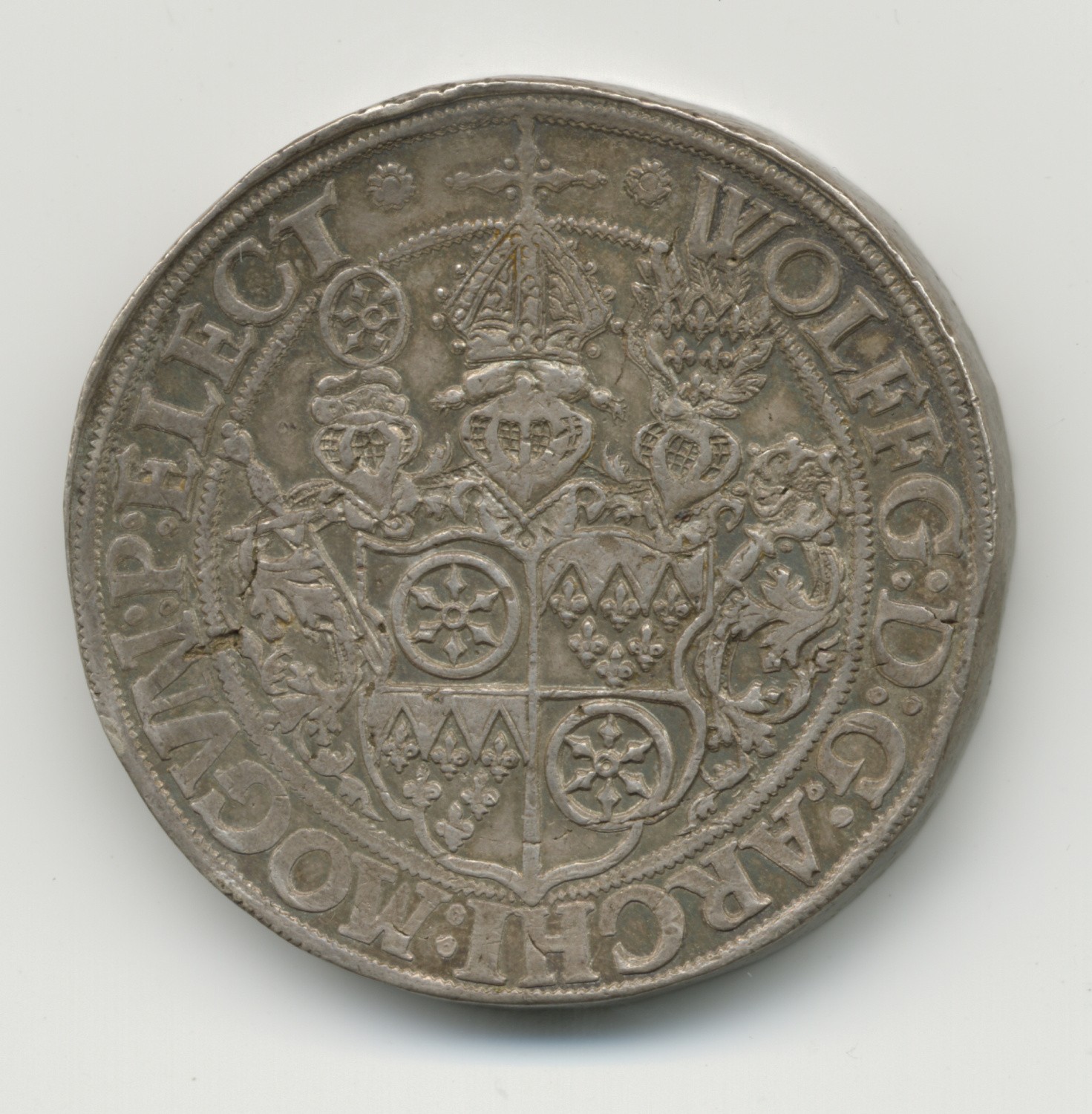 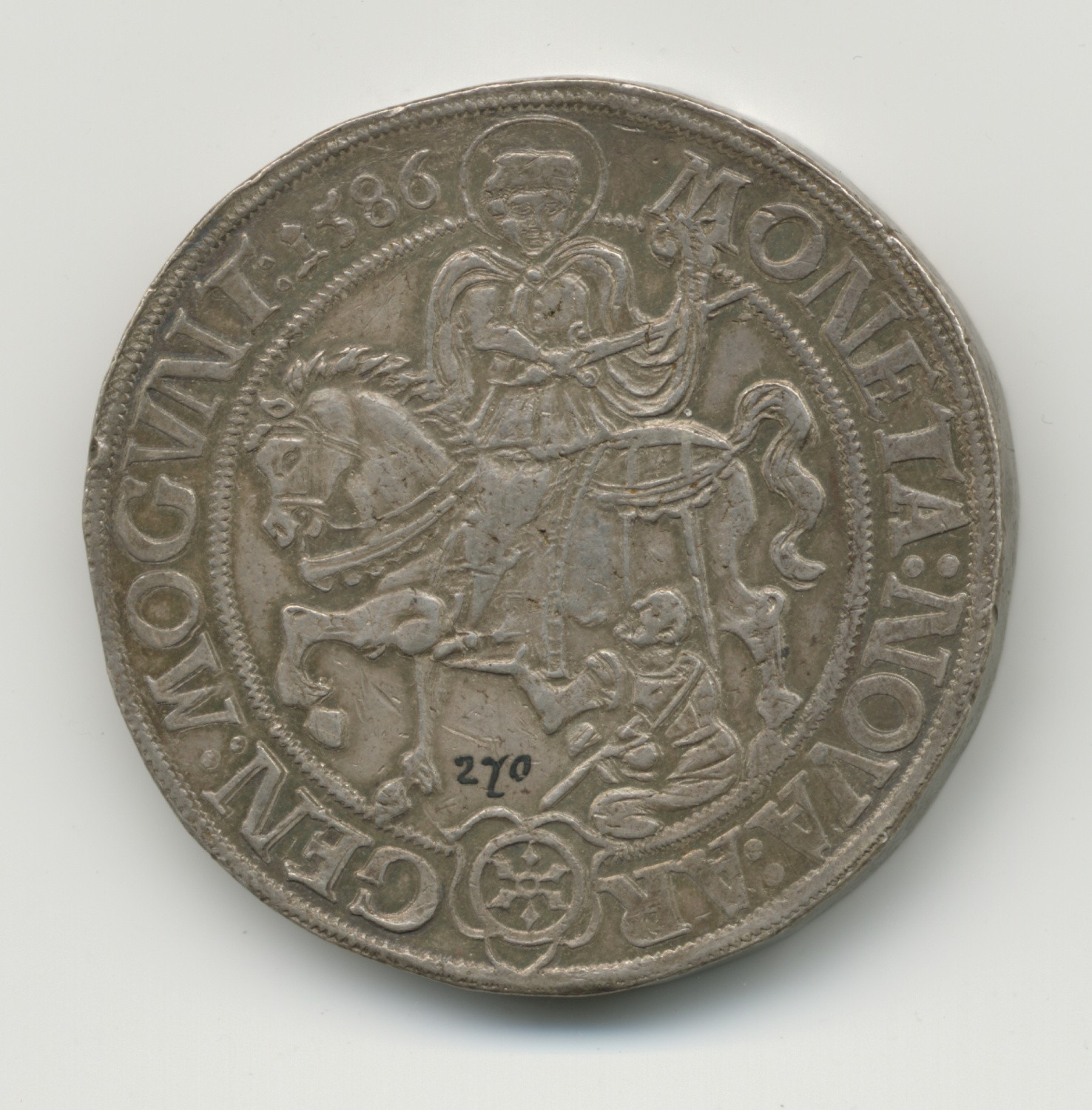