The image poem titled The Alphabet is a typical example of Teiges experimental typography. In The Alphabet, a cycle of poems in the shapes of letters, Teige uses typophoto. Dancing compositions of Milča Majerová that are based on the movement connotations and associations with individual letters and sounds were captured by Karel Paspa in photograps. Later Teige used the technique of photomontage on many covers with the aim of expressing the contents of the book ("the cover is the poster for the book").

The Alphabet was originally a multi-genre performance consisting of several elements - based on Nezvals poetry derived from associations with individual letters of the alphabet. The second element was Mayerovás choreographic compositions with her as the only performer, and the third component was specially composed music. Of course, it was impossible to include music in the book, but it was accompanied by typographic collages by Karel Teige using photographs of Majerovás dancing performances.

The Alphabet had a great response after its separate release in 1926, not only as part of the Devětsil movement (the name meaning the butterbur plant), but also with the general public (for the first time it was published as part of Papoušek na motocyklu (Parrot on a Motorcycle) in 1924, however, the art element was completely omitted, which is why that edition is not considered to be significant). 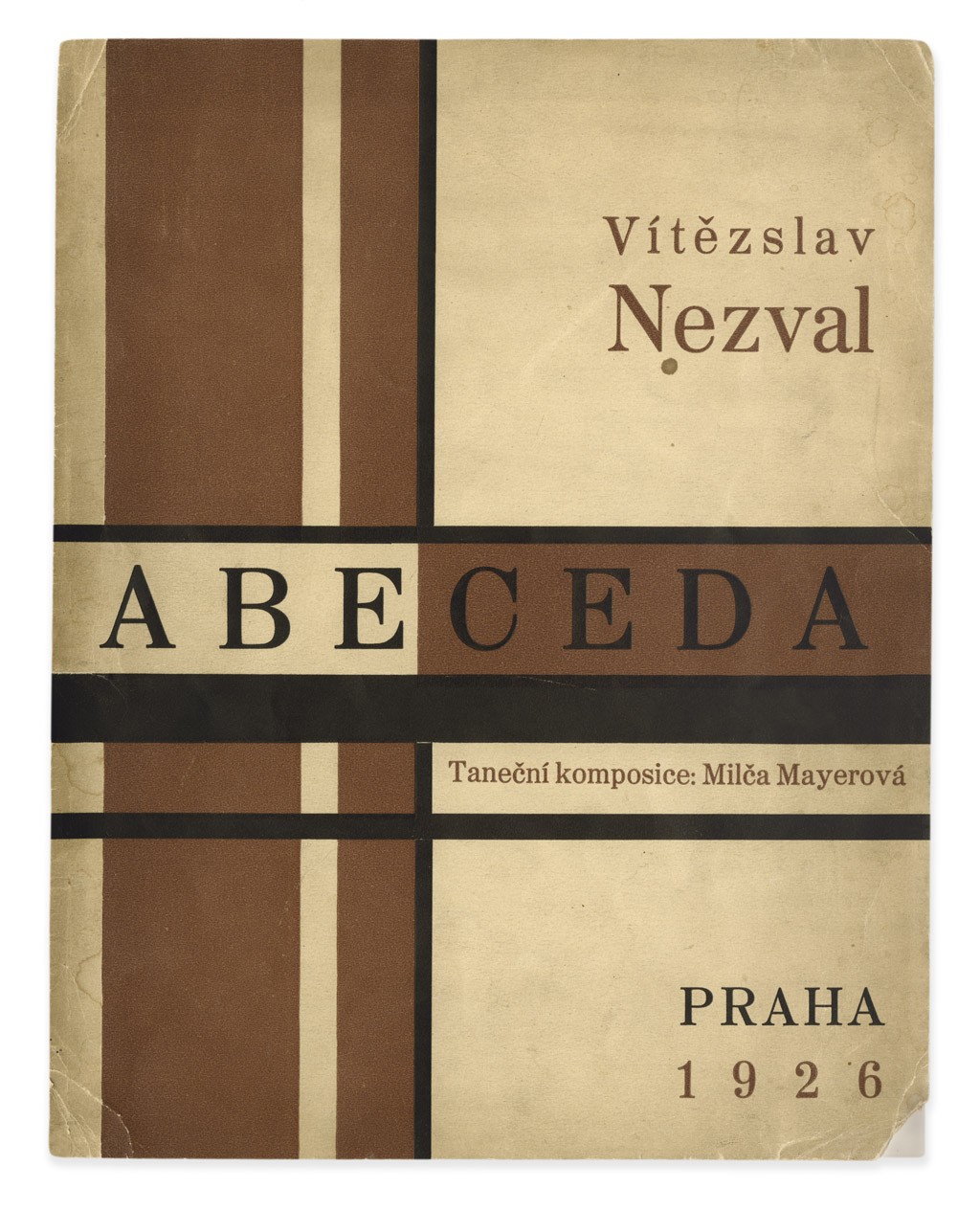