Karel Schulz. A Lady by a Fountain

The influence of French Surrealism and the identification of the painter with the poet are also basic features of the books of two other members of Devětsil, Jindřich Štyrský and Toyen (Marie Čermínová). On some of their jointly designed covers they connect semantic contrasts of pictural motifs with elements of Constructivist typography, which Teige had promoted. On one of their most expressive covers, for Karel Schulz’s Dáma u vodotrysku (The Lady by a Fountain) Štyrský and Toyen created the effect for the onlooker of multiple contrasts; a defenceless young woman holding a sunflower is drawn in the wheel of a car and in addition two fingers are gripping her throat, evoking aggression. Toyen herself used figural motifs, especially the motif of the heroine (with whom she identified in her own way) on her own covers, often in the form of photomontage. She reworked some titles, so it is possible to find her covers in several variations. Toyen was the most distinguished female book designer of the 20th century. The list of her works has almost 600 entries. Apart from her original artistic work, it also contains entirely routine works, as Toyen accepted orders for some publishing houses simply as a source of income. 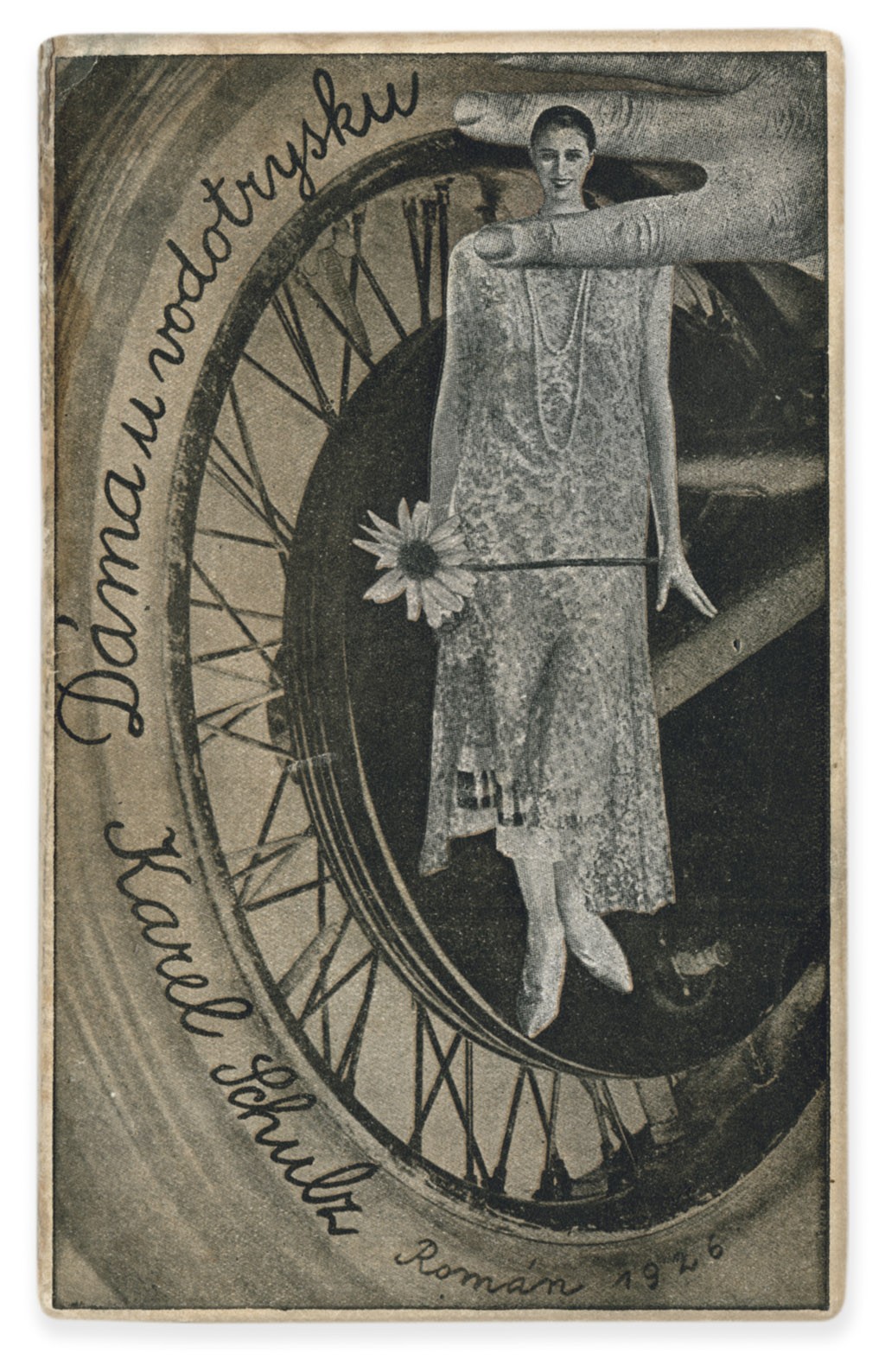 Karel Schulz. A Lady by a Fountain
Related