Reims diocese, the last third of the 9th century

Sacramentary is a liturgical book, a predecessor to the missal, containing sets of texts (prayers) used during masses and when administering sacraments. Over time and depending on the developments of the Roman Catholic liturgy, other texts were added to the prayers contained in the sacramentary, and arranged in order according to the liturgical year.  Texts concerning the Sacramentary of Kroměříž and parts of two French pontificals from the end of the 11th and the beginning of the 12th century (liturgical books containing prayers and texts reserved for the bishops) were later added to the codex, and in the 13th century other texts were added to the manuscript. This is evidence that a book written in the last third of the 9th century served its purpose for at least another four hundred years.

The authorship of Sacramentaria Gregoriana is ascribed to pope Gregory the Great († 604) and this type of sacramentary became the foundation for the Christian liturgy in the Frankish Empire at the end of the 8th century, after Charles the Great received it from pope Hadrian I. Over the course of centuries, the present missal developed from manuscripts of this type (a liturgical book containing the complete texts of Roman Catholic worship). The sacramentary of Kroměříž was probably created in Reims, which was one of the prominent centres of illuminators at the time of the Carolingian Renaissance in the 9th century. Even though there are no paintings in this manuscript, as it was designated mainly for practical use during masses, the types of hand used suggest that the scribe who created it took great pains to develop the formal side of the work. Apart from the typical Carolingian minuscule, another antiquicizing hand is used, known as capitalis quadrata, the pure and subtle lines resemble Roman inscriptions. 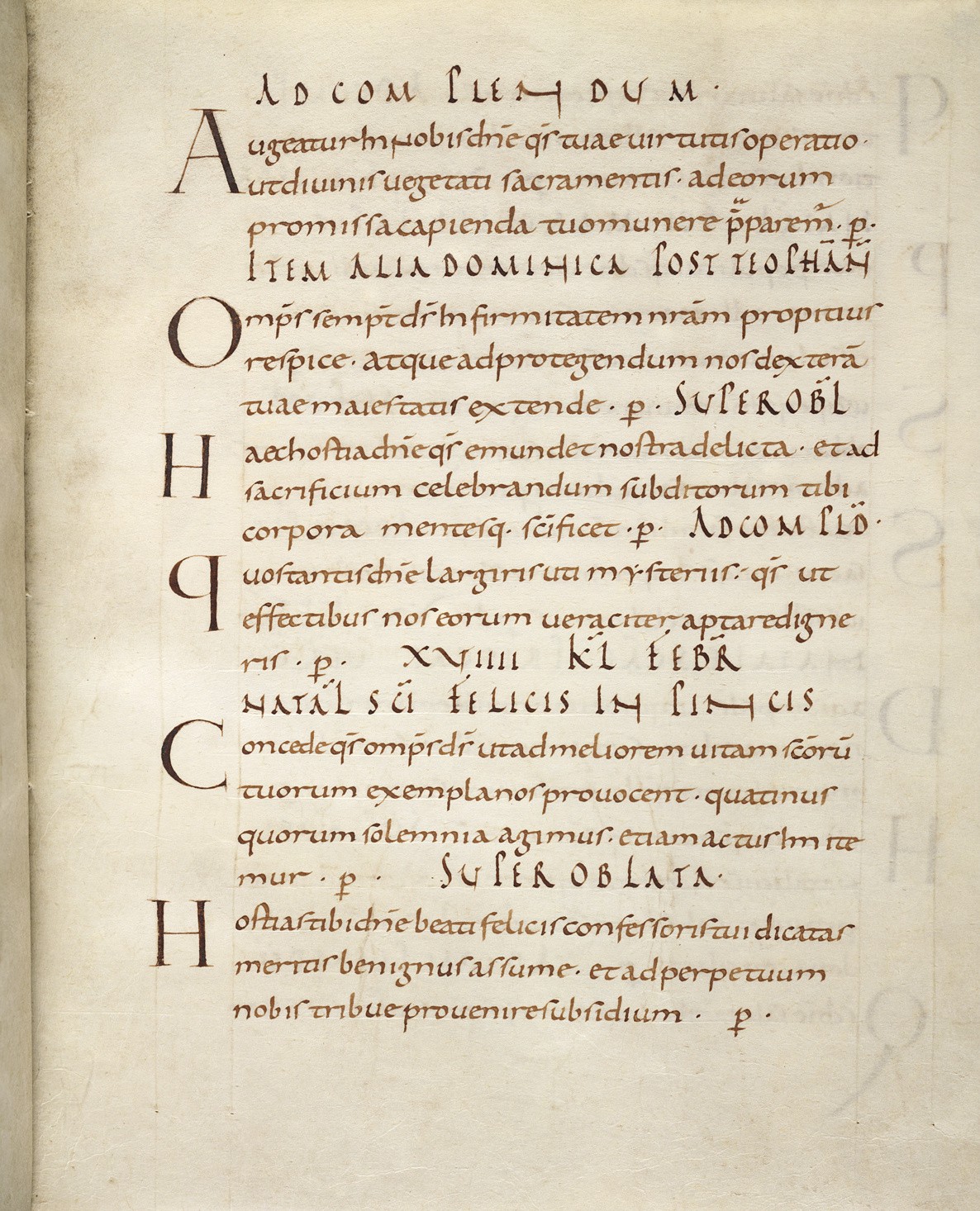