A missal is a liturgical book used by priests during the catholic mass. It contains a set of texts, prayers, songs and rules for everyday mass as well as for festive masses on important days of the liturgical year. The missal was created in the 11th century by merging several liturgical books - the sacramentary, the lectionary, the evangelistary and the epistularium. By the end of the Middle Ages, a unified form of Roman missal asserted itself, containing an introductory section (calendarium), notes, prayers for before and after mass, sacramental forms for Sundays and movable feasts (proprium de tempore), permanent parts of the mass (ordo missae and canon missae), sacramental forms for immoveable feasts (proprium de sanctis), and forms for the joint holy days of saints (proprium sanctorum and commune sanctorum pro aliquibus locis). In the Middle Ages missals were often richly decorated by painted initials and in the Easter section there was usually a full-page image of the Crucifixion of Christ.

Unfortunately at present the image of the Crucifixion is missing from the Olomouc Missal, the decoration consists of ornamental initials in red, blue and black inks.

The Olomouc Missal was written in the gotica formata type of hand, probably at the turn of the 1380s. At the beginning of the 15th century a new calendarium was added as well as the canon part and it was re-bound. According to later annotations from the 15th century, it was used in St. Wenceslaus Church in Klodzko. On the inside of the cover page, the text states that Johannes Ambrosii, titular bishop of Cyzicus and ordaining bishop of Wroclaw (1476-1504), reconsecrated St. Wenceslaus Church in Klodzko. 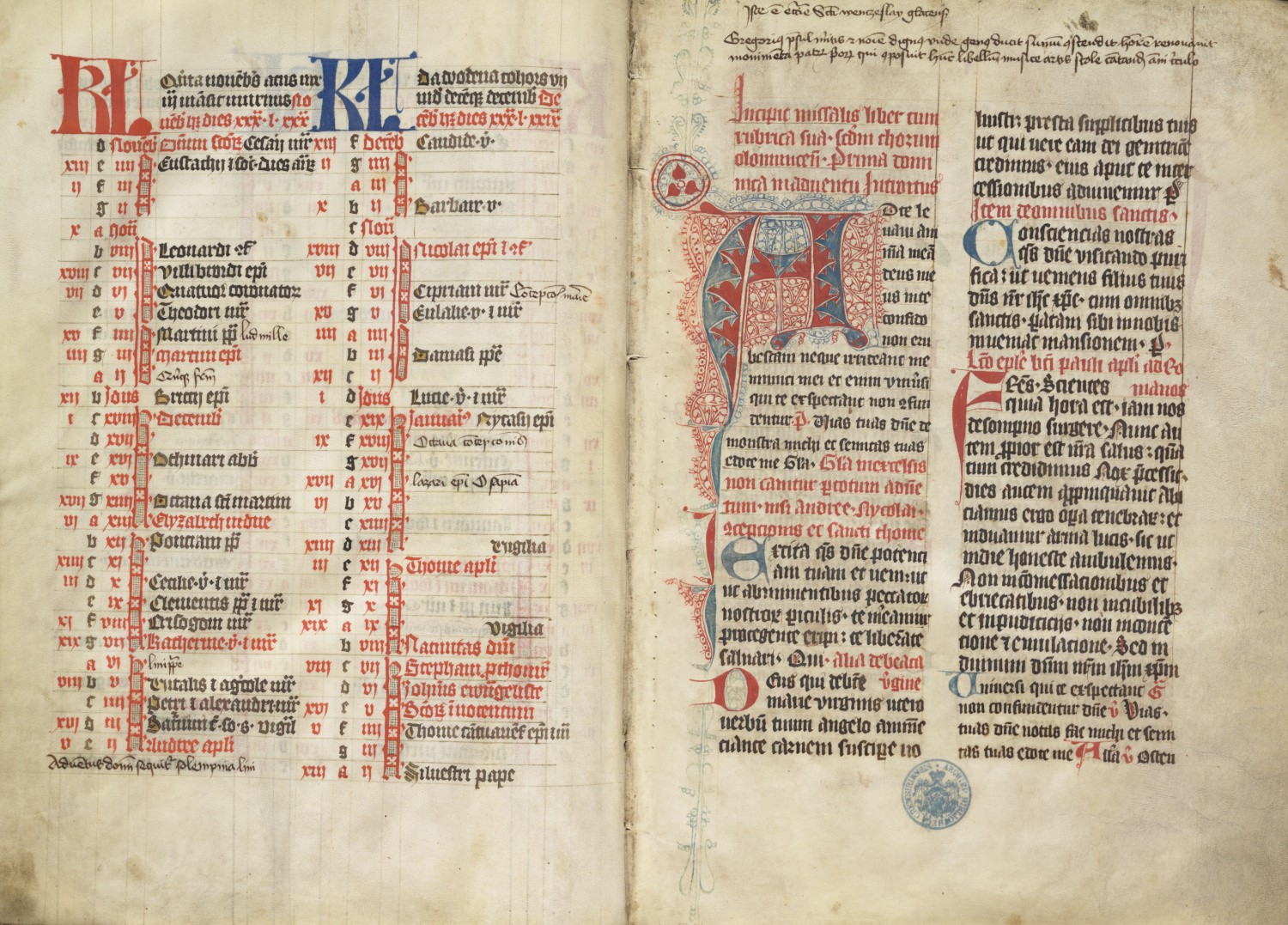