This monumental six-volume work Icones plantarum rariorum (Illustrations of Plants) includes 648 colour illustrations by Josef Hofbauer, Ferdinand and Franz Bauer, and Josef Scharf. Nikolaus Joseph von Jacquin was a Dutch botanist and physicist, he studied medicine in his hometown of Leyden, then continued his studies in Paris and Vienna, where he lived from 1752. He founded the botanical garden and botanical school in Vienna. Between 1755 and 1769 Franz Stephan of Lorrain, the husband of Empress Maria Theresa, sent Jacquin, to the West Indies and Central America on study trips, in order to enrich the botanical collections of the Schönbrunn Palace with animals, plants and minerals. In 1762 Jacquin received the title of professor of mineralogy and mining in Banská Štiavnica and in 1768 he was appointed professor of botany and physics at Vienna University, entrusted with the supervision of the imperial gardens in Schönbrunn and ennobled. He co-operated with his son Josef Franz. 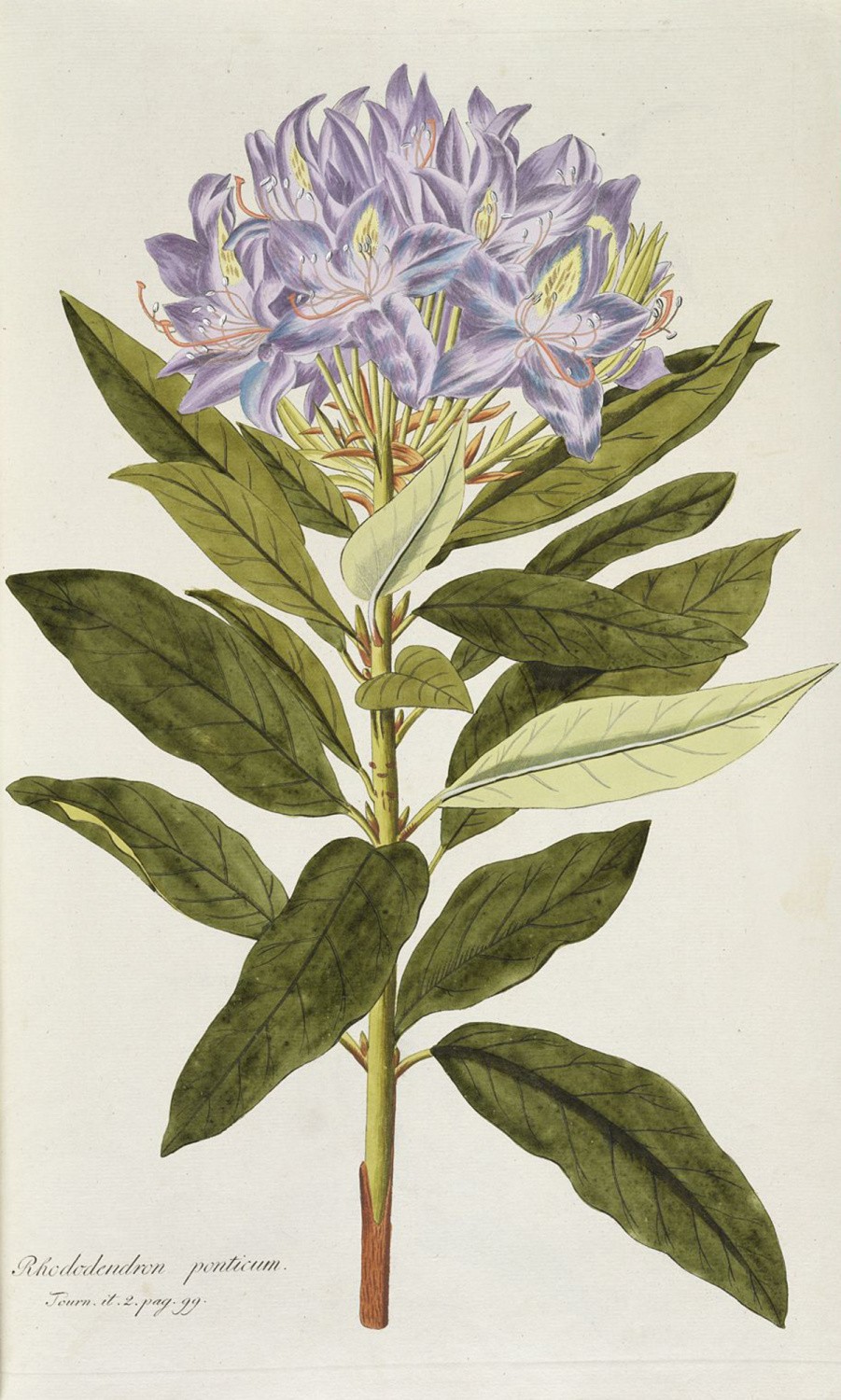