The manuscript of the Bible, dating from the second quarter of the 13th century and made in France is profusely decorated with 81 figural and 50 ornamental illuminations. This decoration is the work of three painters distinguished by the use of a particular scale of colour and a special rendition of human figures. The rich linear decoration of the manuscript consists of initials with palmetto acanthi and ornamental stems with additional gilding. Into the interwoven tendrils, bodies of fabled animals, lions and birds are often composed. On the title page was later glued on a full-page illumination from 1595, presenting Matthias Borhy, the Minorite Provincial from Rab in Hungary, the then owner of the manuscript. 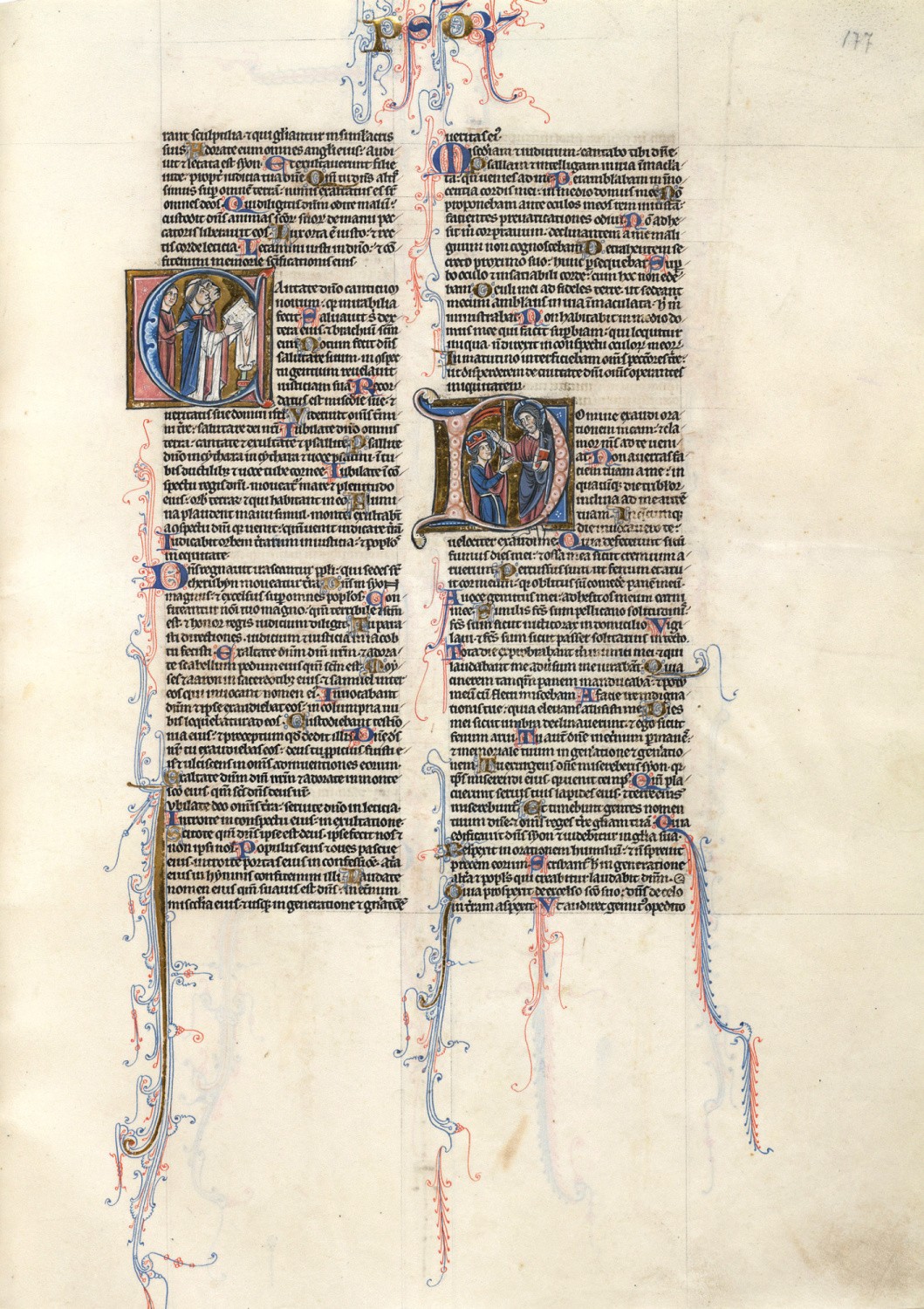 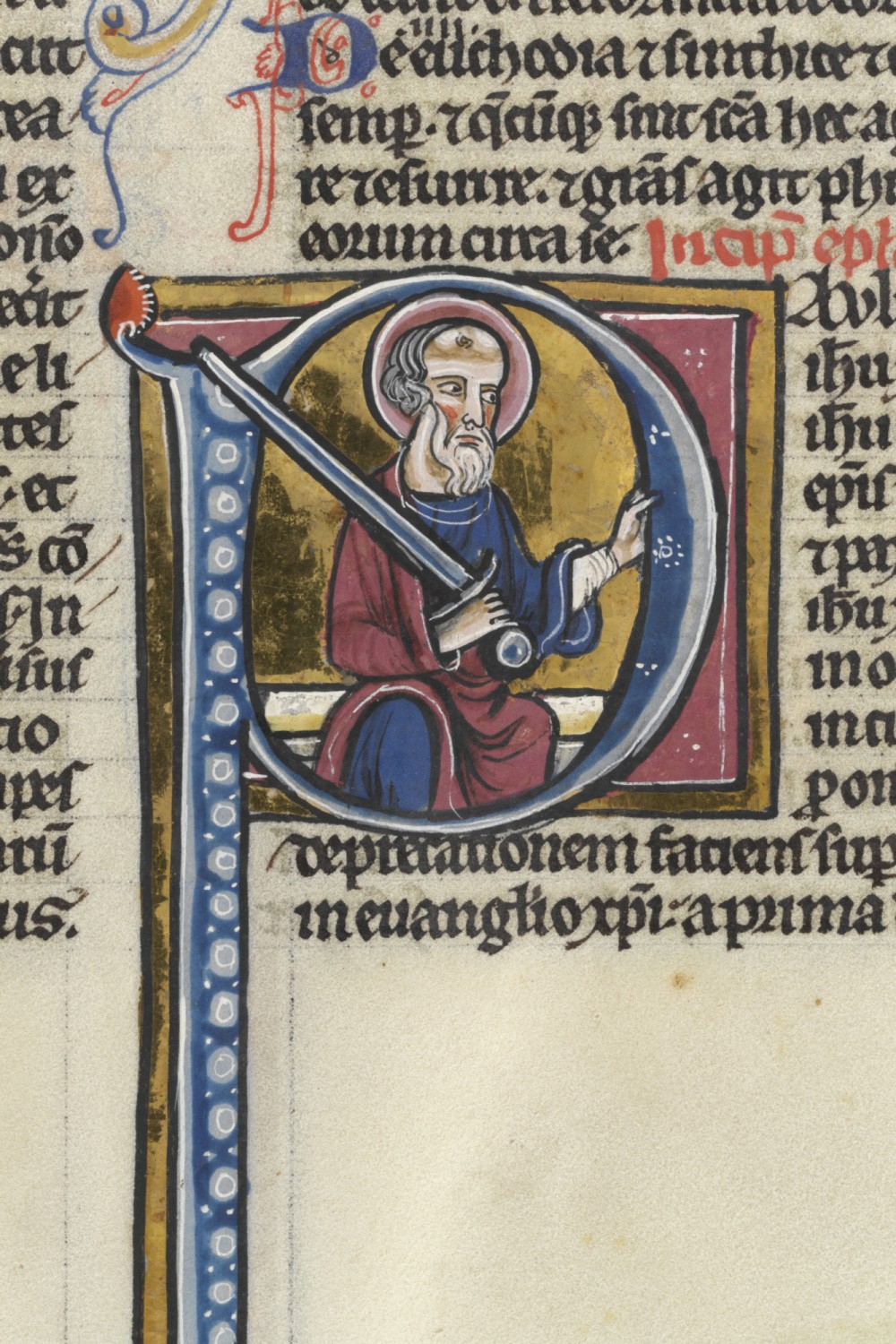