Josef Čapek loved books, not only as a source of pleasure derived from a beautiful object, but also as a lovely item of daily use. Linocut became his typical means of expression. Initially this technique was regarded as the "virtue of necessity" (in the situation after World War 1, it was necessary to work with cheap, available materials, less time-consuming than the complicated print from multi-colour printing blocks.) The themes of Čapeks covers refer to his warm relationship with nature - flowers, trees, birds and animals in general, and with "everyday" objects, people, folk crafts and folklore (jugs, pictures on glass, wooden toys). According to his own works, his need was "to reach the shortest and yet most complete shortcut by which the face of the book is to be drawn." Apart from several small works during the war, his work fully developed after 1919, beginning with Apollinaires Zone and the covers for his brother Karels books, and continuing with dozens, even hundreds of book covers created for the major publishers of the time - Aventinum of Otokar Štorch-Marien, František Borový, B. M. Klika, Čin, Rudolf Škeřík, František Obzina of Vyškov and many others. Zone is the introductory poem of the Alcools (1912) collection. This work was translated into Czech by Karel Čapek in 1919 and in the same year it was published by the publishing house of F. Borový with the artistic accompaniment of his brother Joseph. The poem influenced many Czech as well as foreign writers (e.g. Vítězslav Nezval – Edison, Jiří Wolker - Svatý Kopeček / Holy Hill). 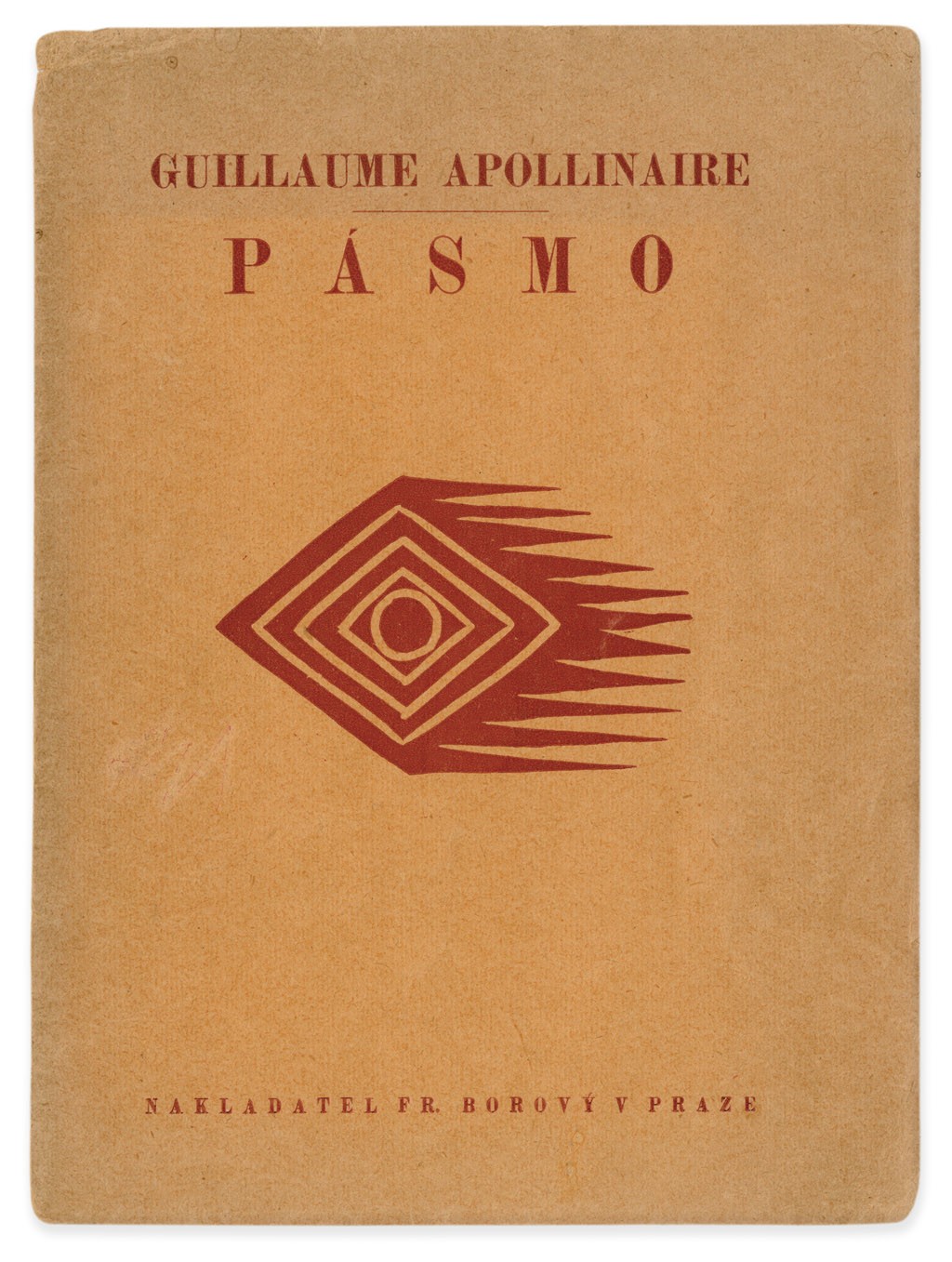 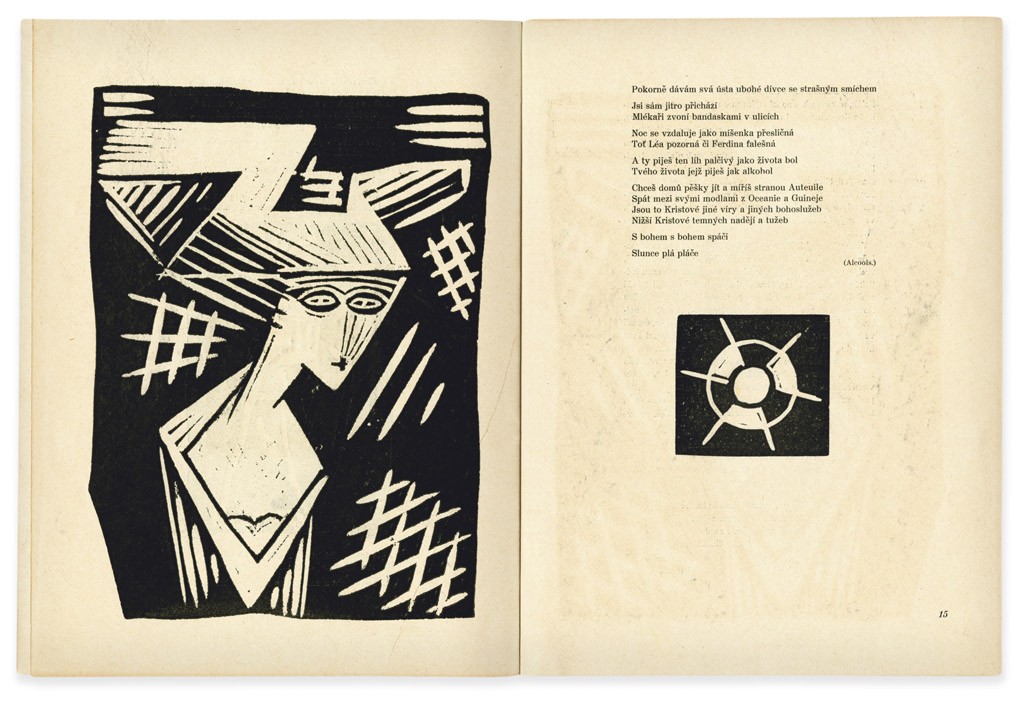 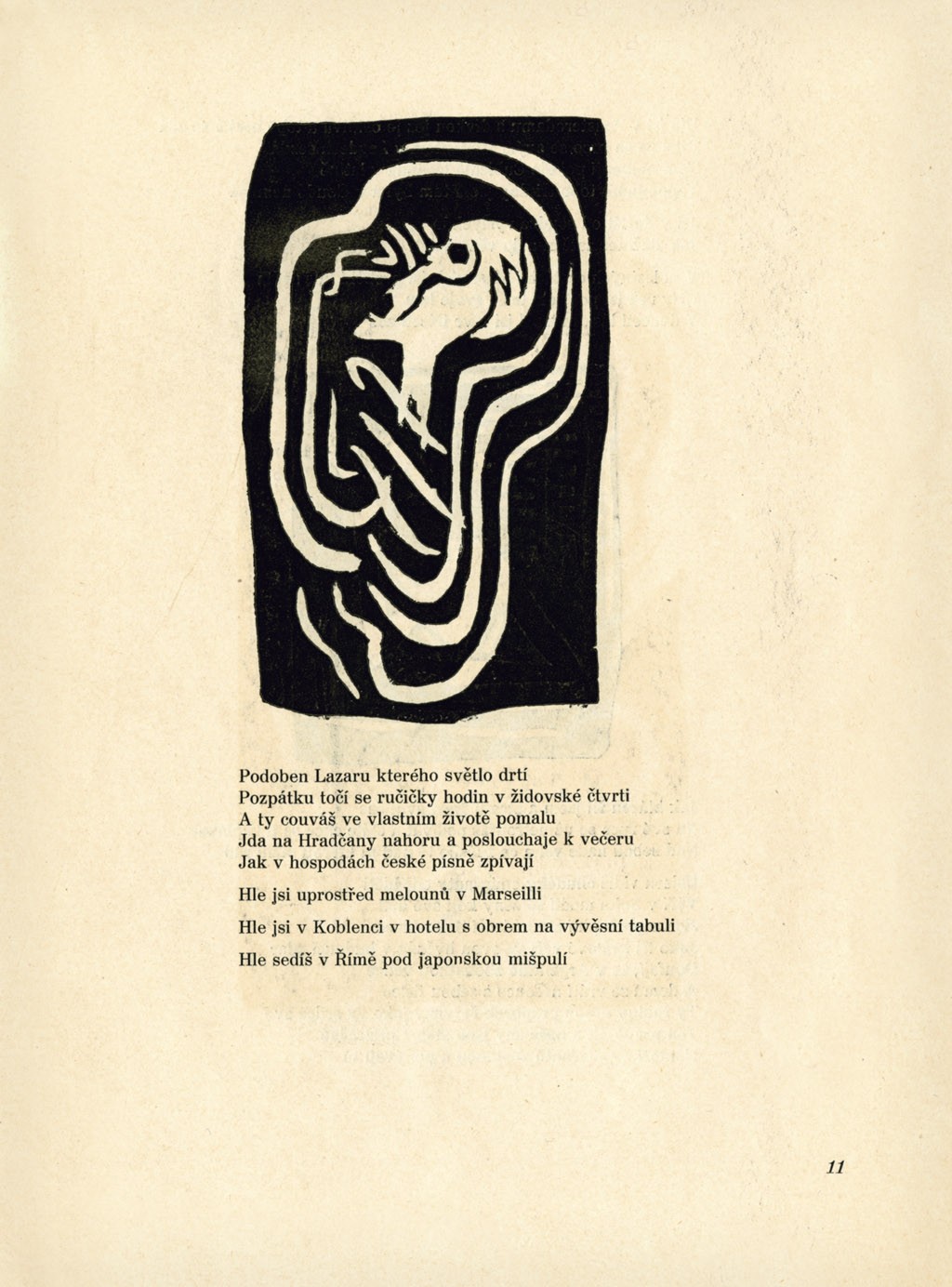