As early as the 1970s and 1980s, and in connection with exhibitions held by the former Regional Gallery of Fine Arts, the predecessor of the present Olomouc Museum of Art acquired extensive sets of works which mapped the best of the architectural production in Moravian cities.

Besides Olomouc, there are cities and towns such as Brno, Krnov, Kroměříž, Prostějov, Přerov and Šumperk, and spa towns such as Jeseník, Teplice nad Bečvou and, last but not least, Luhačovice.

The set of buildings in Luhačovice provides a distinctive contribution to art from the turn of the 20th century. It is dominated by the regionalist work of Dušan Jurkovič (1868-1947), who is well-represented in the sub-collection of architecture in the Olomouc Museum of Art.

At the time the fairytale architecture provoked passionate emotional reactions in the valley of Luhačovice. Even Jan Kotěra was one of its advocates, appreciating its originality and free use of elements of folk architecture. In 1904 in the Volné směry magazine, Kotěra wrote: "Art has arisen not only in the landscape, but also from the landscape, the two making a harmonic whole." According to Kotěra, Jurkovič "does not pursue a collected ethnographic form but expresses himself in his own form, natural, originating in the blood."

Jurkovičs reconstructions and new buildings became a lively centre of cultural life in Moravia, and were connected to the search for a general national character in architecture; a topic often discussed by Czech intellectuals at that time. In spite of that Jurkovičs buildings in Luhačovice contain many references to the Viennese as well as the British Modern style. Out of ten unique projects for Luhačovice, the peak of his work is Jans House from 1902. For the plan documentation in the collection of architecture, the Museum of Art commissioned a 3-D colour model in 2003. 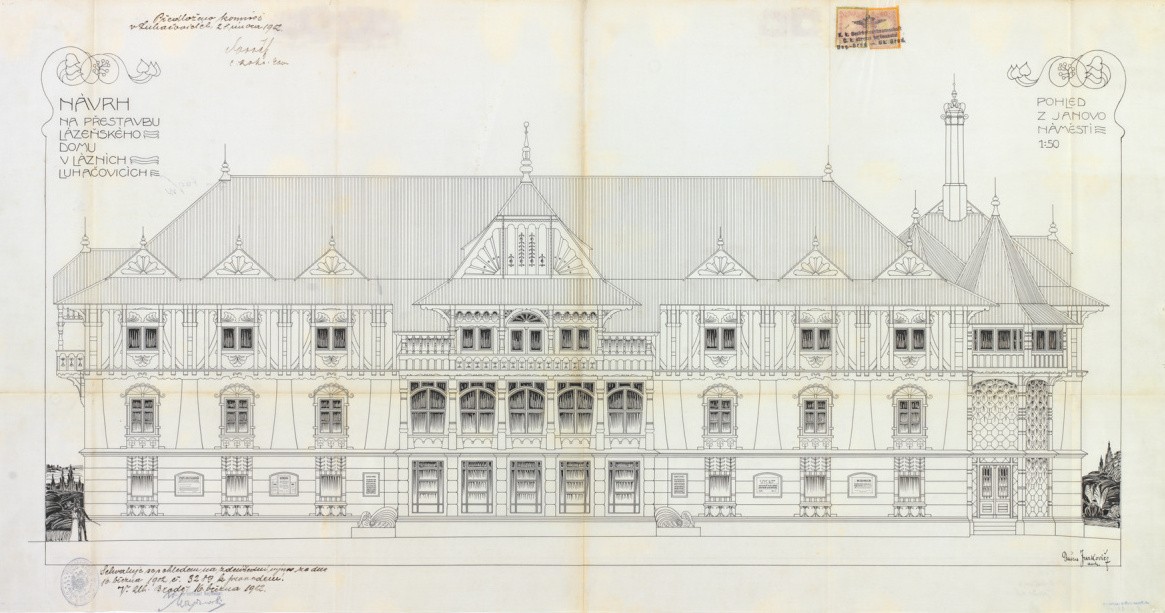 Design for the reconstruction of a bath house in Luhačovice
View from Jan Square, 1902 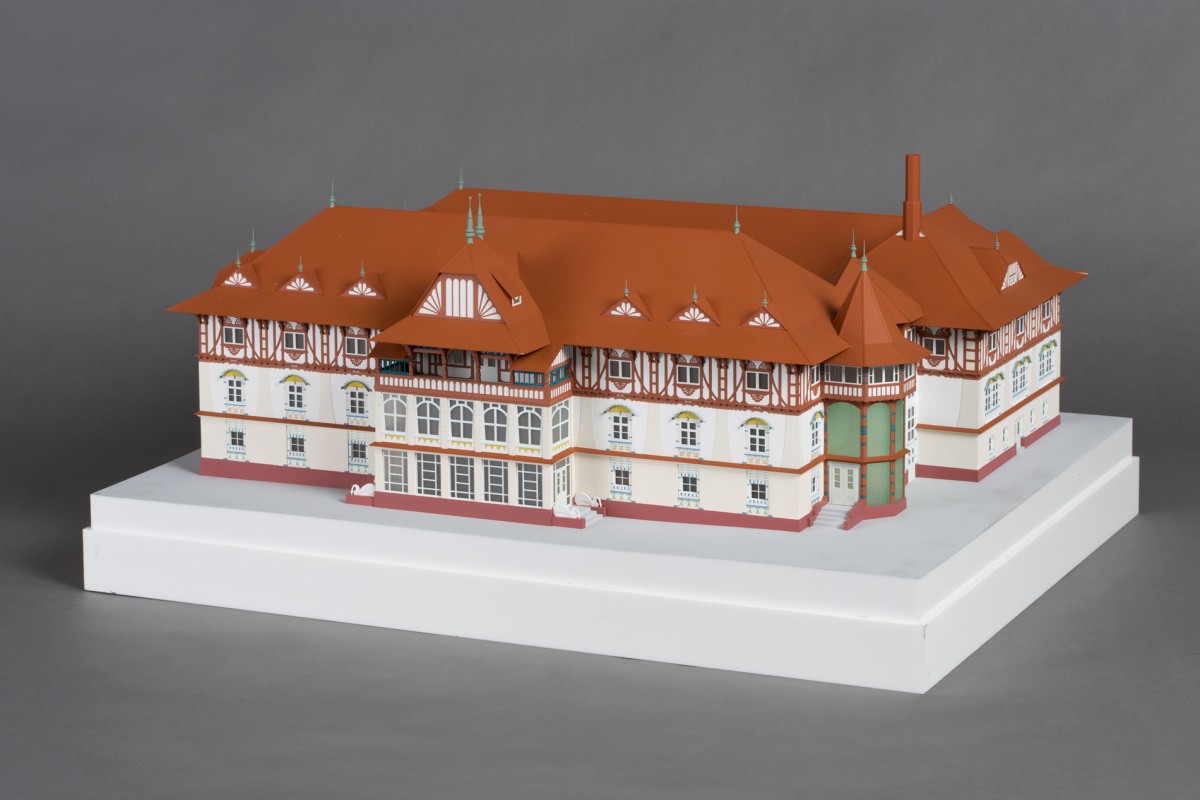