Monstrance of the Golden Sun of Moravia

The gold, solar monstrance of the Baroque ostensorium type, decorated with one thousand four hundred and eighty diamonds and eighteen emeralds, is the most precious item in the treasury of the Olomouc cathedral. It has always been connected with the name of the Olomouc bishop, cardinal Wolfgang Hannibal von Schrattenbach (1711–1738), who bequeathed his jewels for the making of the monstrance. However, it was the Olomouc chapter who actually commissioned this work ten years after his death. Judging by the model of the Olomouc Baroque sculptor Jan Antonín Richter (1712–1762), the monstrance was made between 1748 and 1750 by Andreas Vogelhundt, a goldsmith from Brno. Some older elements from an unknown gold object were also included in the decoration. The most interesting of them is the plate depicting St. Wenceslas with three coats of arms at his feet (the coat of arms of the Olomouc chapter and Emperor Ferdinand II), created by a brilliant, transparent enamel technique. It is an improved emblem of the Olomouc chapter awarded by Emperor Ferdinand II (1617–1637), thanks to the impetus of cardinal and Olomouc bishop Franz von Dietrichstein (1599–1636) in 1623. 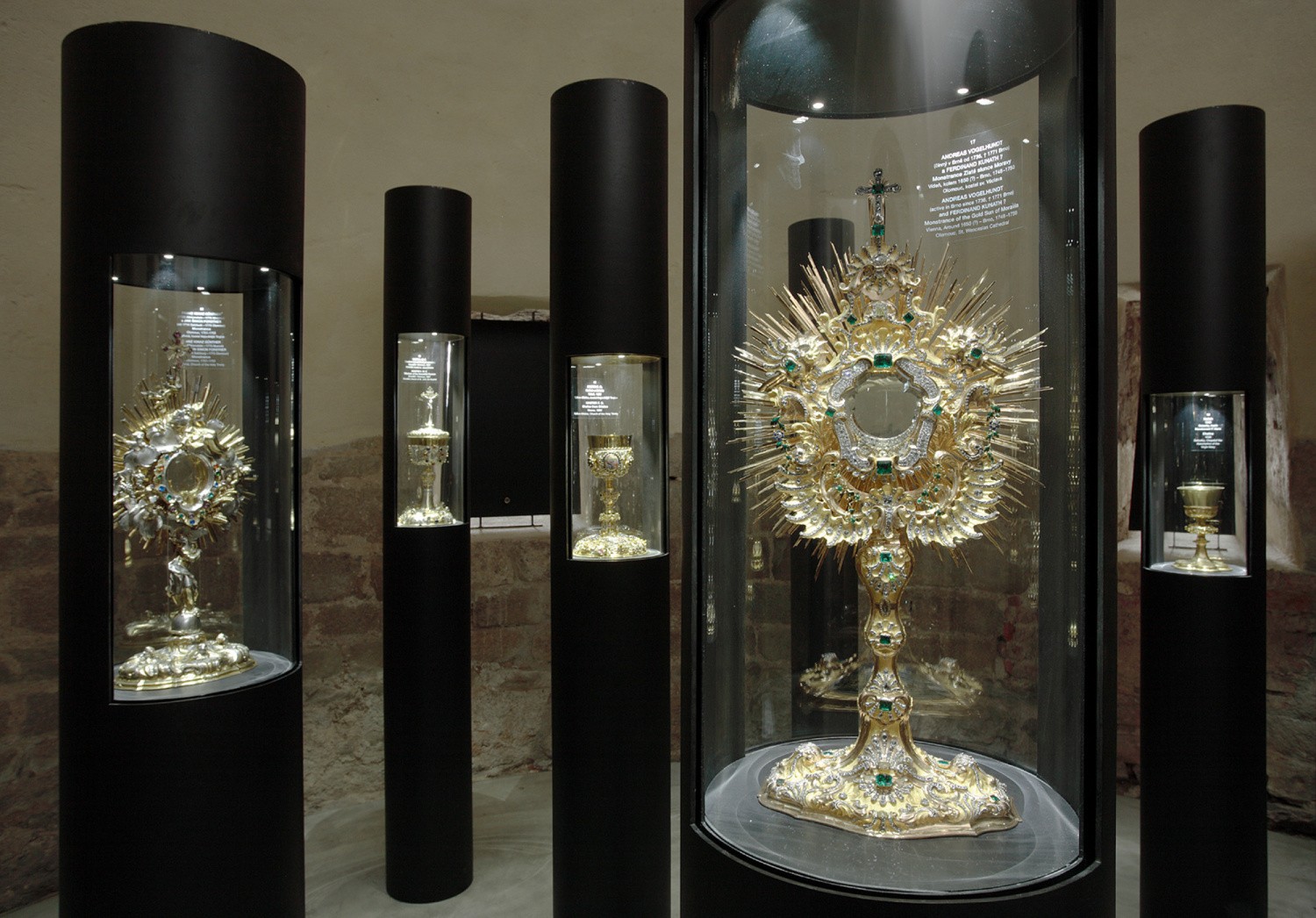 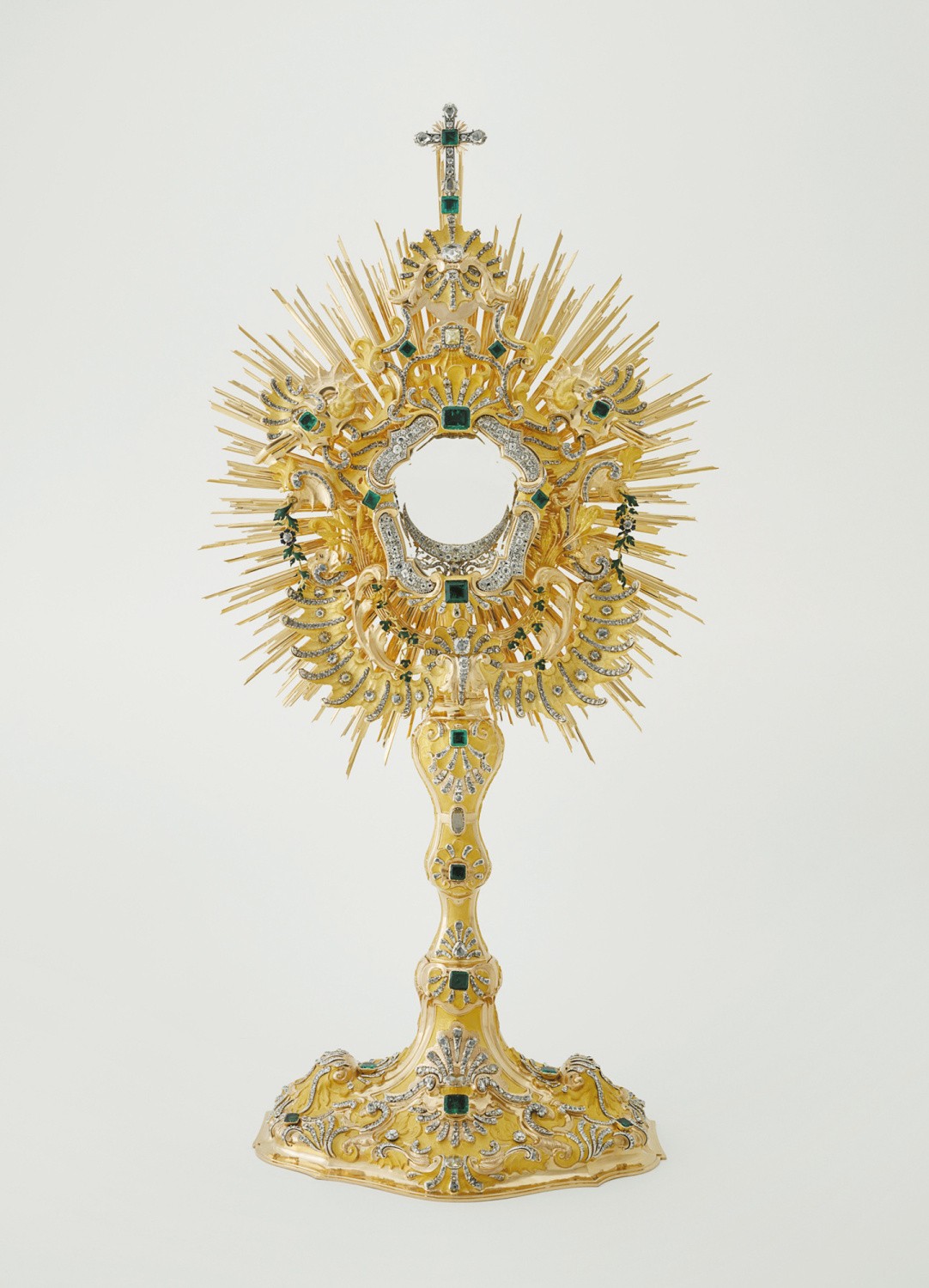 Monstrance of the Golden Sun of Moravia
Brno, 1748–1750
Video
Related