Rocking settee no. 7500, with its elegant shape and perfekt proportions, is regarded as one of the most beautiful examples of bent-wood furniture. Although it is registered, like most of the models, as an anonymous design, it is attributed to August Thonet, one of the sons of Michael Thonet. The well-proportioned body of bent beech wood with monumental curves has rattan weave. The settee entered the catalogue of the firm Gebrüder Thonet for the first time in 1883. The manufacture of rocking chairs, chairs and settees greatly increased in the 1880s, mainly due to their popularity in England and the United States (Europa became familiar with this type of furniture for the first time in 1851 at the World Exhibition in London, where Cooper’s Američan rocking chair made of metal strips was on display. 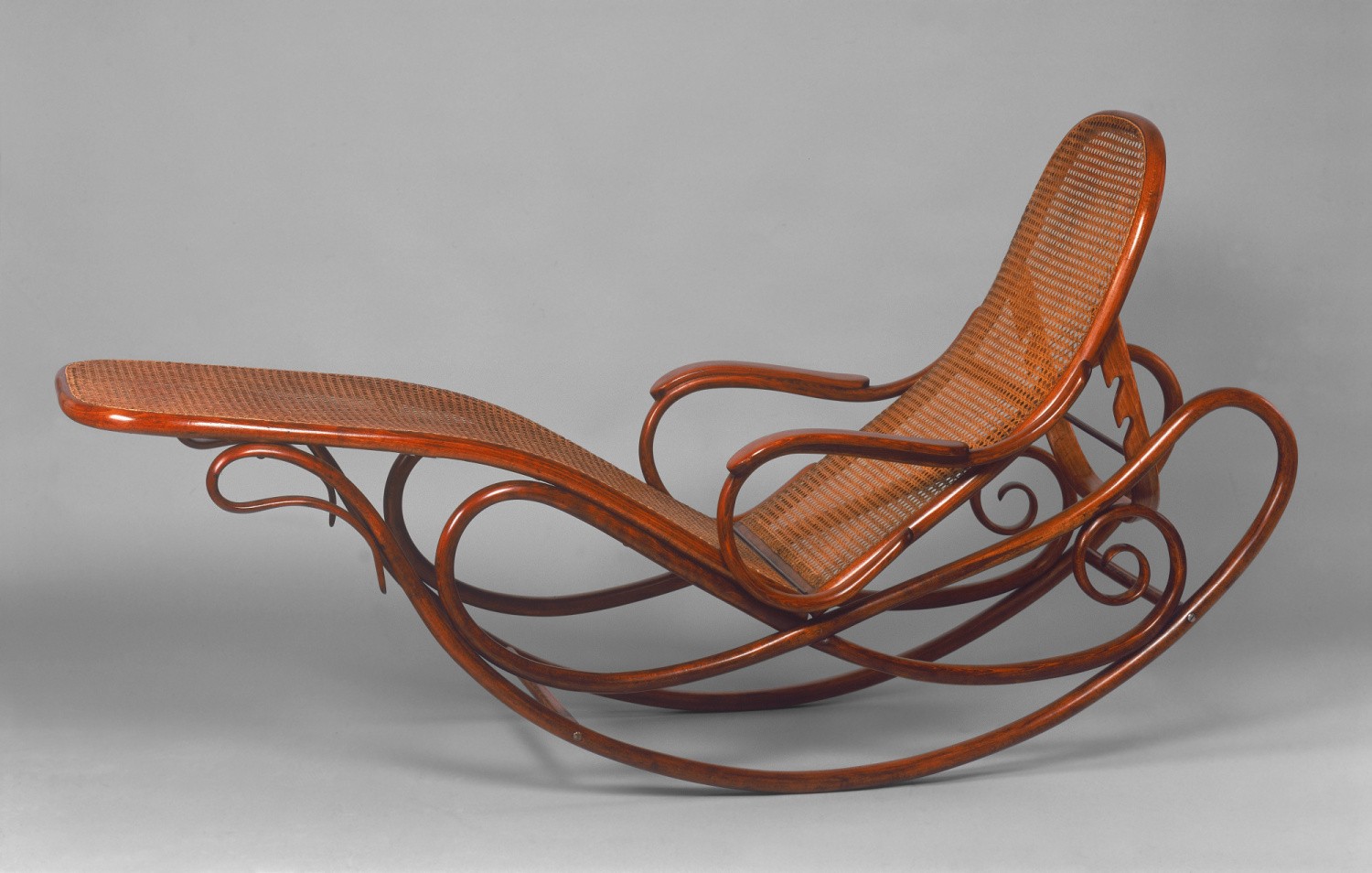