The French painter, proponent of action and conceptual art, one of the founders of monochrome painting, is one of the most important postwar artists, who provided a great many impulses to contemporary art. Beside painting (blue, gold and fire monochromes) he organized for instance anthropomorphic events, in his days regarded as scandalous performances, when with the accompaniment of a chamber orchestra he printed on canvases nude female bodies painted with blue pigment. In addition to this, Klein became perhaps even more notorious by the use of a special ultramarine colour (Klein blue) as by experimenting with various materials and techniques, among which is the object Table bleue, done after the artist’s modello from 1961 in further editions (later under the supervision of Klein’s widow, Mme Rotraut Klein-Moquay). The Blue Table is an original work that can have a functional use. It consists of a Plexiglass case filled with the blue pigment patented as IKB (International Klein bleue). Bue colour functions in Klein’s work as a symbol of freedom, meditation, and depth of spiritual knowledge. The artist himself said the following about it: „blue is the infinite depth of the sky; blue fills with spiritual energy the space between the object and the viewer; blue leads to transcendent experience“. 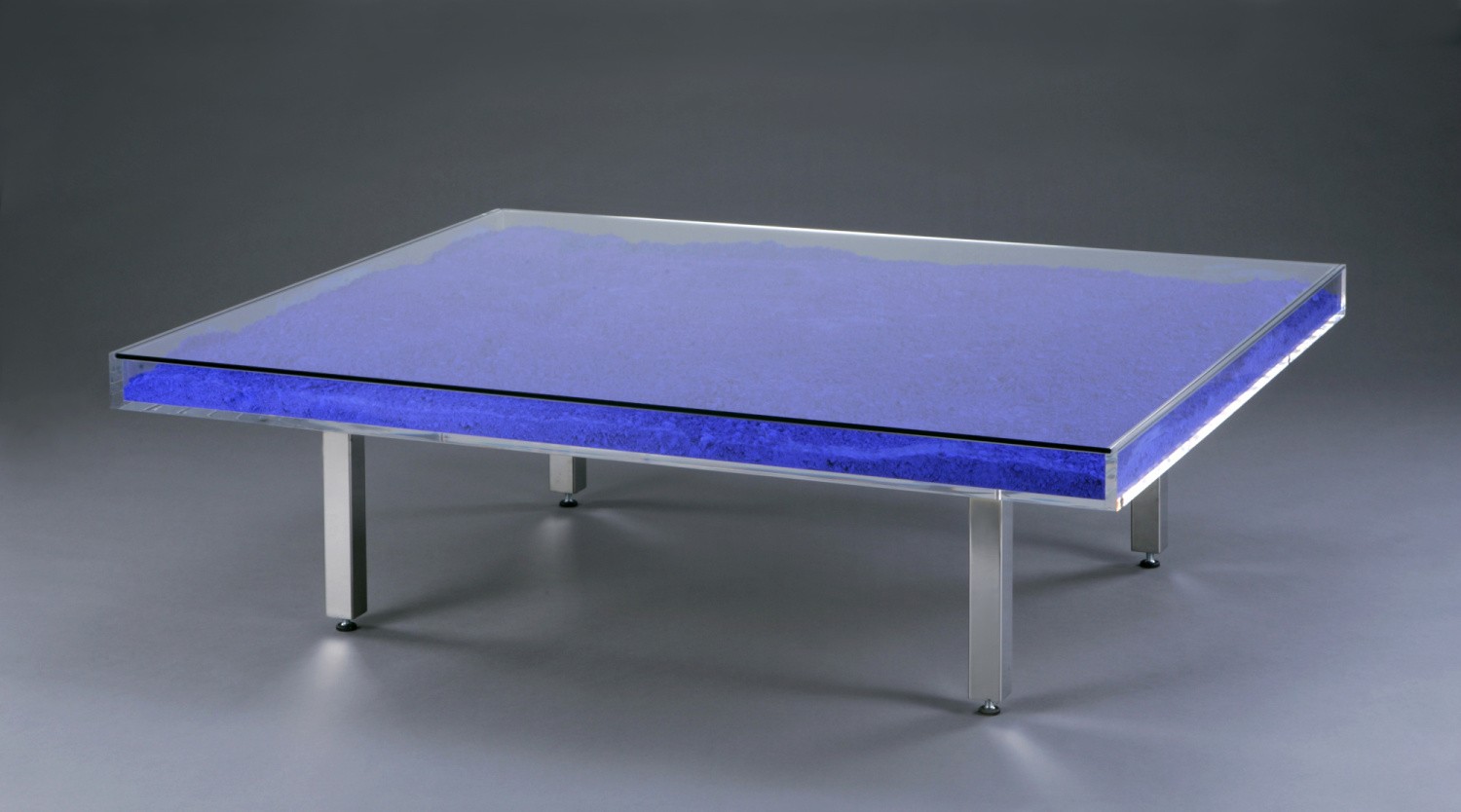