Liege chest with coat of arms of Bishop Maximilian Hamilton, 1763

Liege chests located in Liege Hall Kromeriz Castle, a special administrative site bishopric and later Olomouc Archbishopric, where they were held Manx courts concerning economic disputes and participation in Manx army. A casket was taken by Olomouc Bishop Maximilian Hamilton (1761-1776) in 1763 and served for storage of important documents. The backing paper is on the list of the Episcopal Manx goods that have been leased to the Bishopric of users. 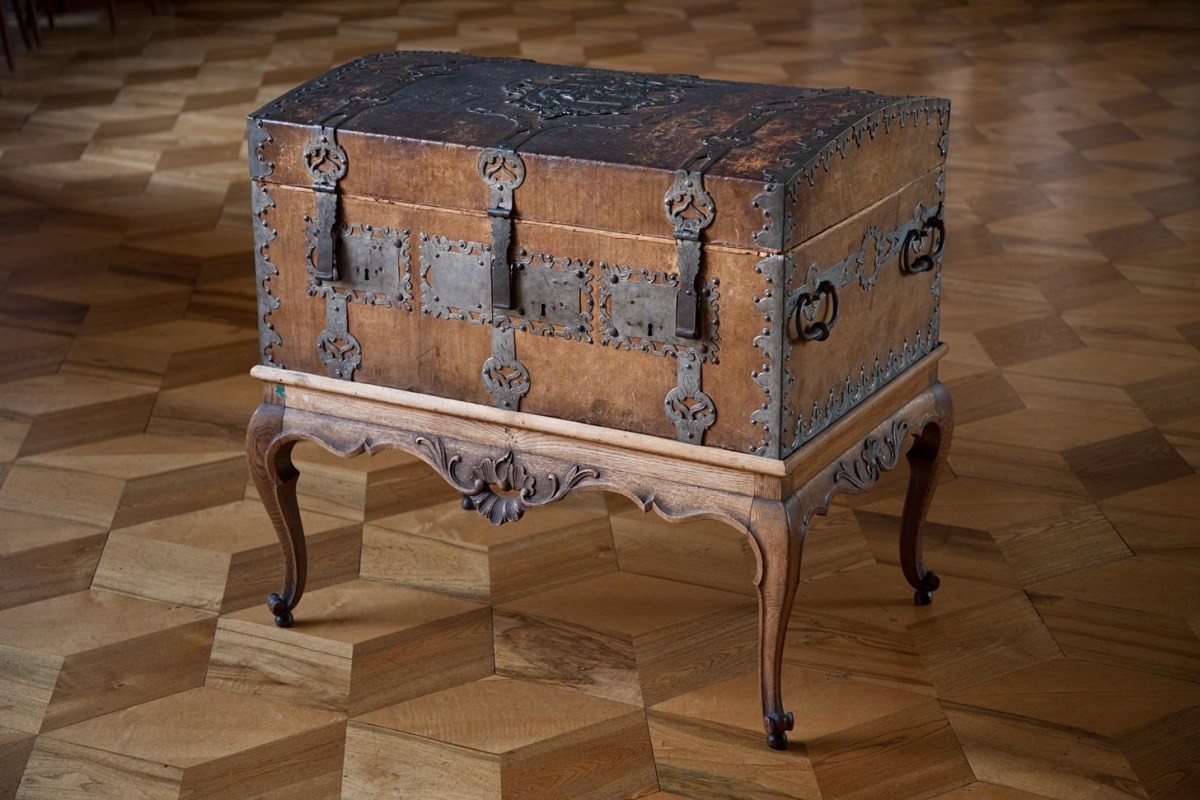