The altar with folding wings, richly decorated by reliefs, was likely intended for private devotion and, thanks to its dimensions, could be used on its owner’s travels. It is a three-part wooden cabinet decorated with marquetry in mother-of-pearl, ivory and various types of wood. The centre originally contained the scene of the Crucifixion (the figure of Christ is now missing and only the inlaid cross indicates the place where his figure was attached). On the stony Golgotha with Adams skull stand the Virgin Mary and Saint John, with angels hovering above. The upper part of the altar wings depicts the Annunciation of the Virgin Mary, with lilies in vases as symbols of purity. The left wing shows St. Clare and St. Thomas Aquinas. Below them is the image of St. Peter Martyr and St. Jerome. The right wing depicts St. Francis of Assisi and St. John the Baptist. Below them are St. Louis de Toulouse and St. Martin de Tours. The base of the altar is decorated with a relief of two flying angels and its upper moulding has acanthus leaves with a bloom in the centre. The figures of the saints on the altar wings probably come from the last third of the 14th century. The altar was repaired in the 19th century, at which time the decoration in the centre – the Virgin Mary, St. John, the Golgotha rock and the angels at the sides of the cross were made. This type of inlaid folding altar with ivory reliefs first appeared in Northern Italy in the 1360s.  This branch of art (specializing in small altars and decorative chests) had its greatest boom at the turn of the 15th century, when the European art market was flooded with the production of the Embriachi family of Venice. 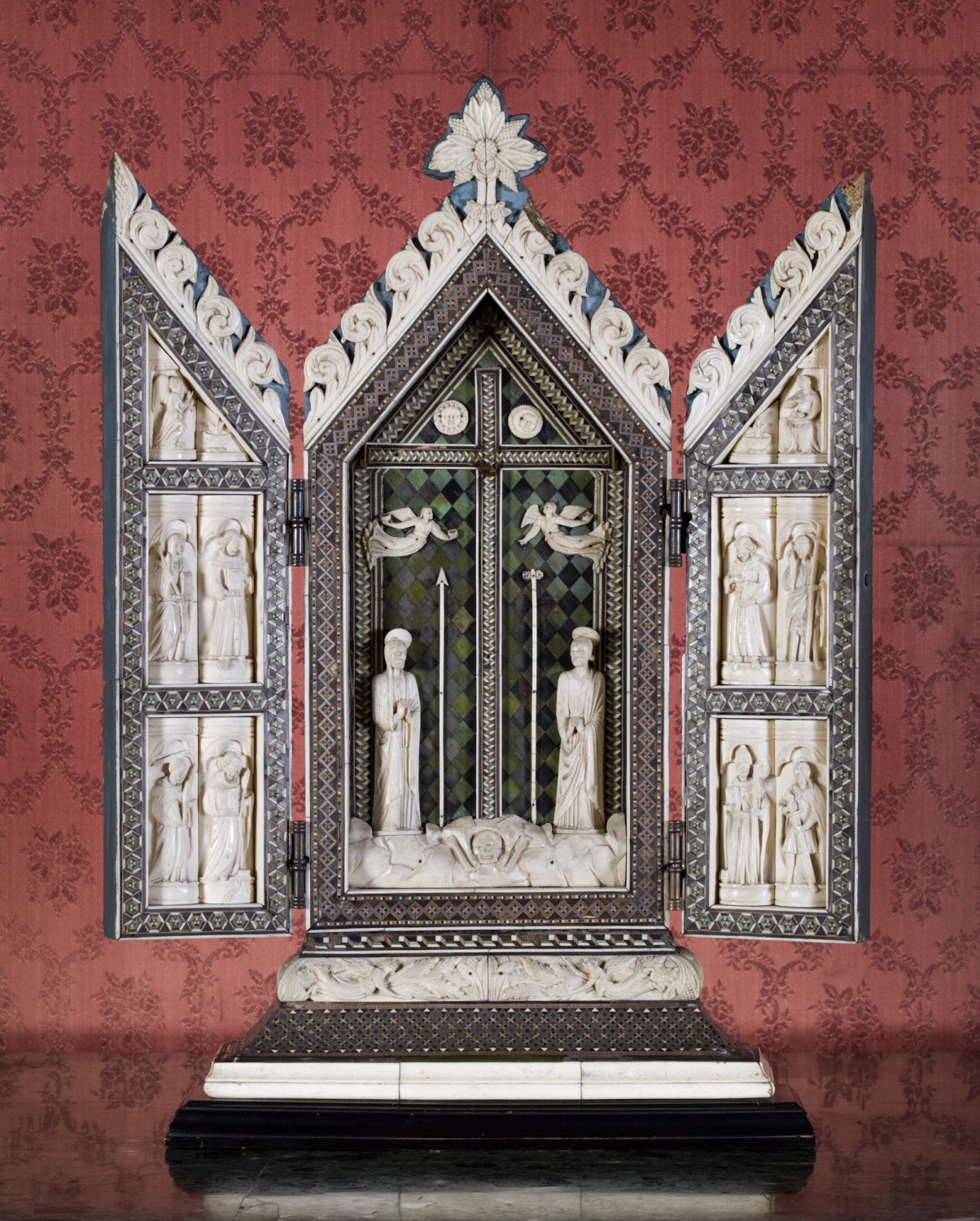