Post.Print | Collection of graphics of the Olomouc Museum of Art

Collection of Graphics
is one of the most traditional and most comprehensive collections of the museum. It is divided into two parts; a smaller collection of graphics from the 15th to 19th century and a larger one consisting of modern and contemporary graphics.  By this exhibition, where the dividing mentioned above is used, too, the Olomouc Museum of Art continues its research and presentation of its core collections. Nevertheless, both exhibitions and accompanying publications still communicate with each other and let us discover new connections. The presentation of this collection in its whole time period displays and explains the vast range of different functions of graphics since the very beginning of its existence, and, moreover, it shows many various ways of how it has been approached.

Graphic art is a complex phenomenon whose significance transcends the borders of fine art and visual culture. It radically influences the way we think, learn, create, and share. It plays an integral part in scientific atlases, children’s books, the virtual space – and of course, in gallery collections. Under the given circumstances, one should mention those at the beginning. However, the goal of this exhibition is to present above all the context of this collection – one of the cornerstones of the Olomouc Museum of Modern Art – and the chosen title of the exhibition demonstrates yet another ambition.

In recent years, the graphic way of seeing has been establishing itself outside its natural environment, and is starting to infringe upon or even directly colonise not only other media (painting, photography, film, etc.), but also the very means of our orientation in the world. This is why the Polish art historian Dorota Folga-Januszewska speaks of it as a new degree of civilizational transformation, using the term pangraphism (“pangrafizm” in Polish). She is attempting to capture the change which is introducing a new perception of time-space into our daily reality and into the (more or less) stable image, and with it, a combined semiotic fluidity. And she is also referring to Plato, whose distrust of the image as a mere copy of an original demonstrates nothing more nor less than human limitations and inadequacy; in the virtuality of the process, which means its potentiality, it is not incarnating anything in a horrific fashion, but rather dissolving things. At the same time, graphic art both precedes this reality and fulfils it, because it itself is unfolding in phases: a process through which individual compositional elements constantly transform and regroup, which establishes the visual and semantic meaning of the thing at the same time. The all-inclusive aspect of the theory of the image also implies historical, anthropological, sociological (etc.) connotations. If we accept this, then we can apply the words of the American philosopher Alva Noë, who in reaction to contemporary neurological research and research into perception is rehabilitating the idea that art – i.e. a work of art – is a “strange tool”; respectively a “map” of the world in which we live. And that is true both in the general sense, and also in a quite personal or intimate sense.

The choice of this approach however is coincidentally expedient, even being conscious of the fact that we have something to do with the museum collection – especially one that is built up traditionally, systematically and which maps (sic!) in a well-arranged manner the history of Czech art, with its encroachments on the wider (not only) Central European space. It is not our aim to historicise pangraphism, nor to use it as a means of updating the past. Rather, that the reference to the “traditional” method of collection building in our case means simply the limitation of the final print – the collection actually does not contain any kind of (in the course of the last thirty years of establishing itself) matrix, it does not cover the gradual transformation of graphic art into the third dimension nor its increasingly intensive digitalisation. It does seem, however, that the spirit of pangraphism itself is and can be something like the internal aspiration of the medium – of the possibilities which potentially assert themselves, even suddenly or unexpectedly. Our aim is thus to elevate above all two instances when graphic art acts as an extraordinary opportunity and contributes to its contemporary flowering – these are both its already-mentioned procedural nature and partly the variegation which results from that. As a simple enumeration of personalities shows – Odilon Redon, Max Klinger, James Ensor, Vojtěch Preissig, Max Švabinský, Josef Váchal, František Tichý, Jan Smetana, Bohuslav Reynek, Vladimír Boudník, Dalibor Chatrný, Miloš Cvach, Zdeněk Sýkora, Victor Vasarely, Ivan Picelj, Otto Piene, Dieter Roth, Sarah Schumann, Alena Kučerová, Adriena Šimotová, Rudolf Sikora, Daniel Fischer, Vojtěch Kovářík, Šárka Trčková – the spectrum is immensely broad, and in every instance of exceptional interest. It also patently demonstrates the gradual transformation of the character and status of the (graphic) image.

The exhibition also includes an intervention by Markéta Hlinovská. 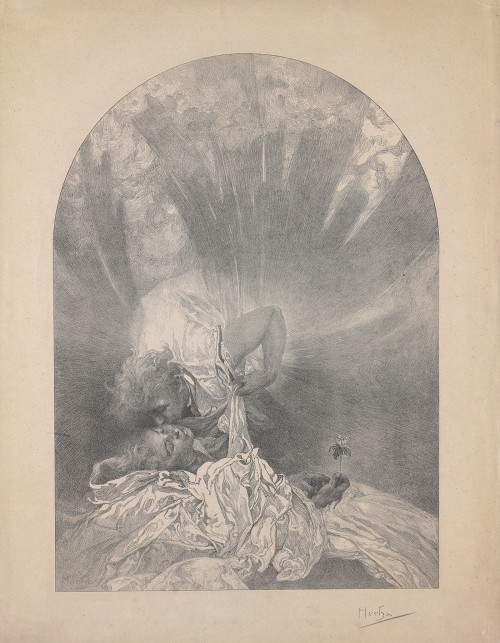 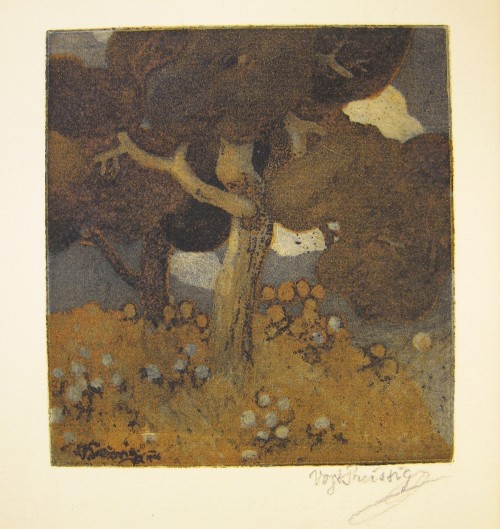 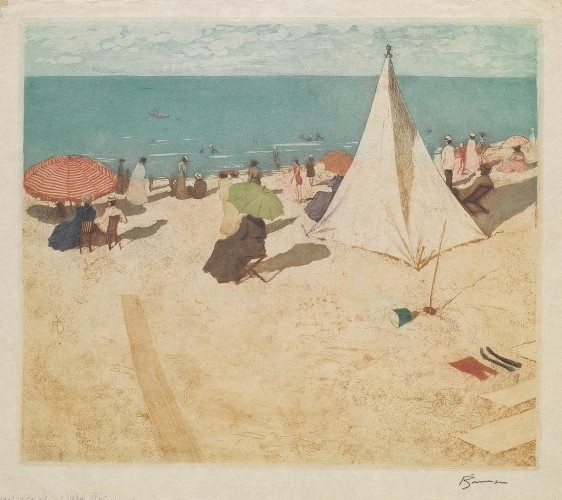 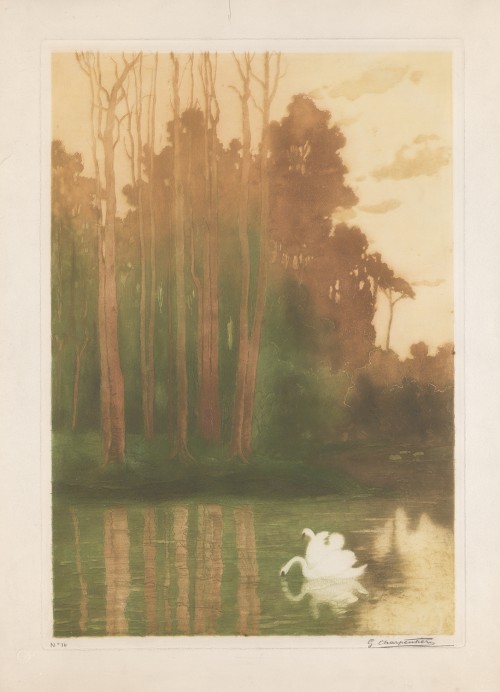 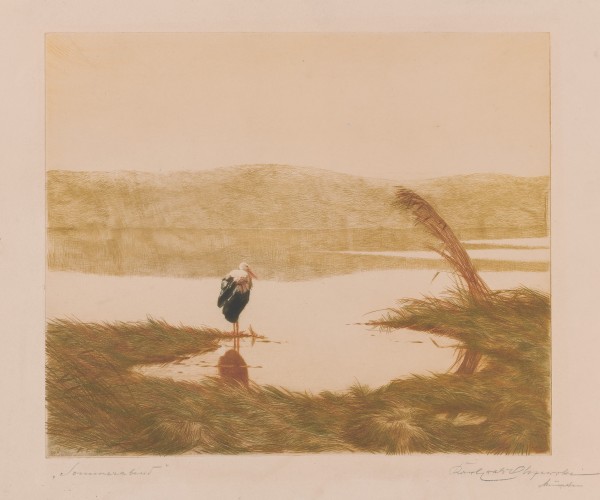 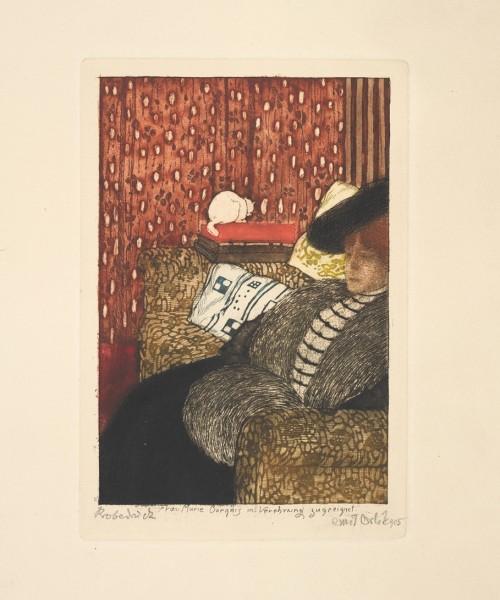 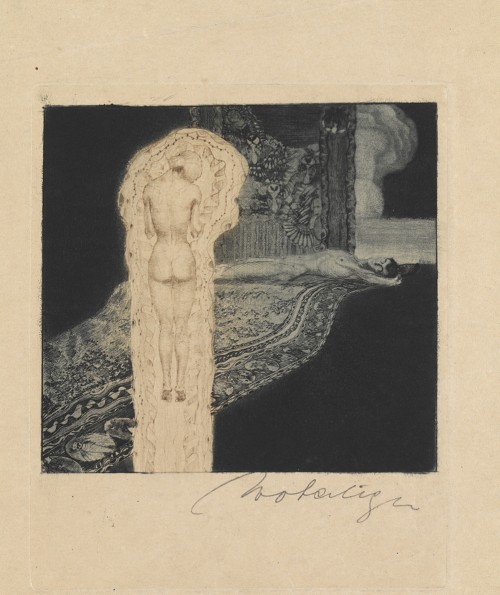 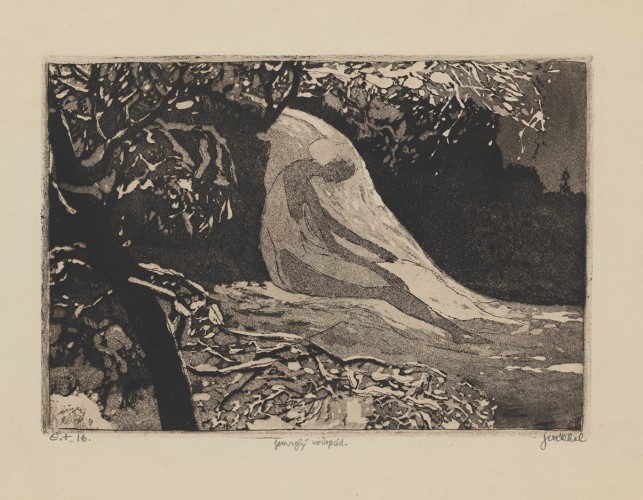 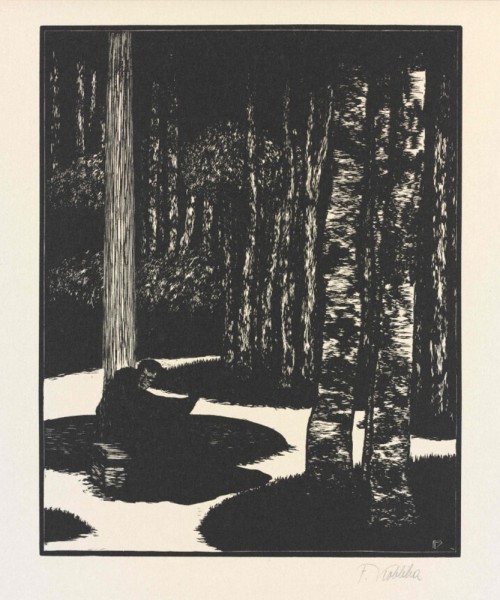 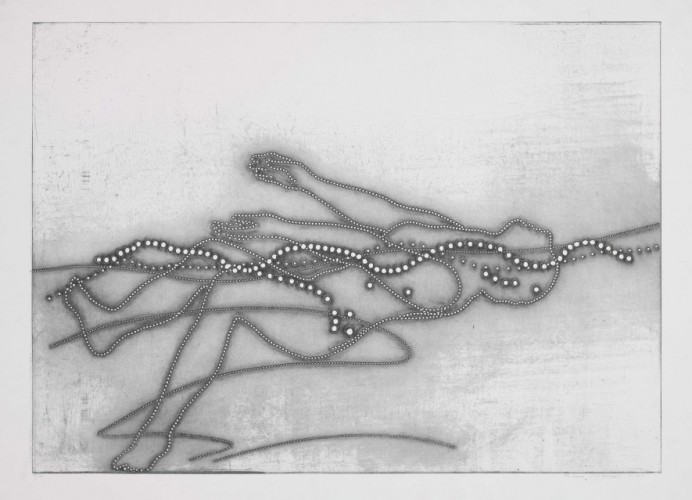 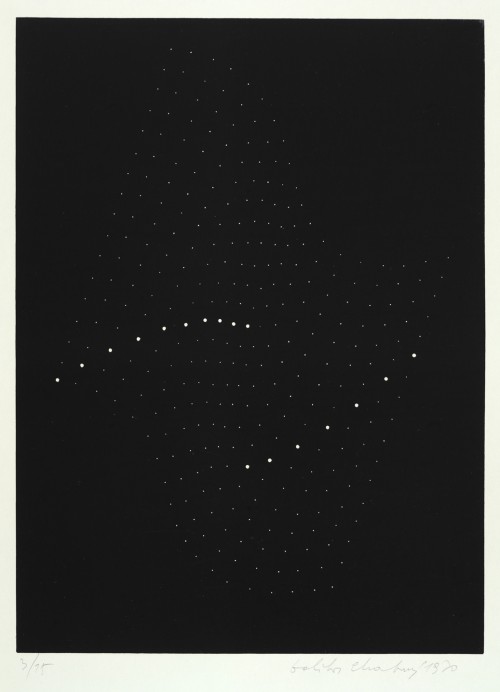 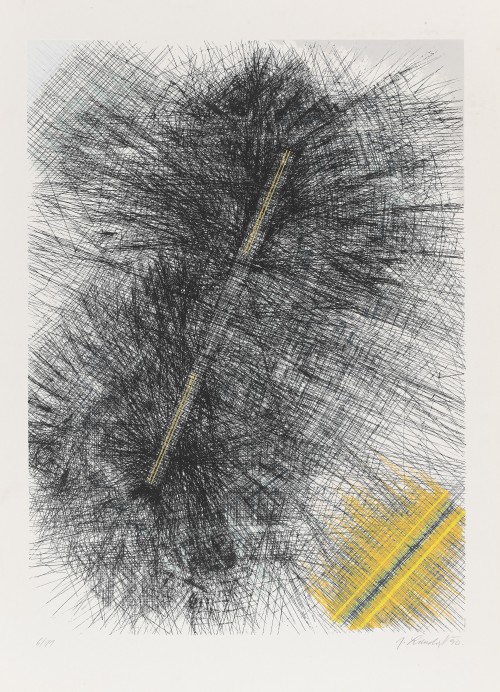 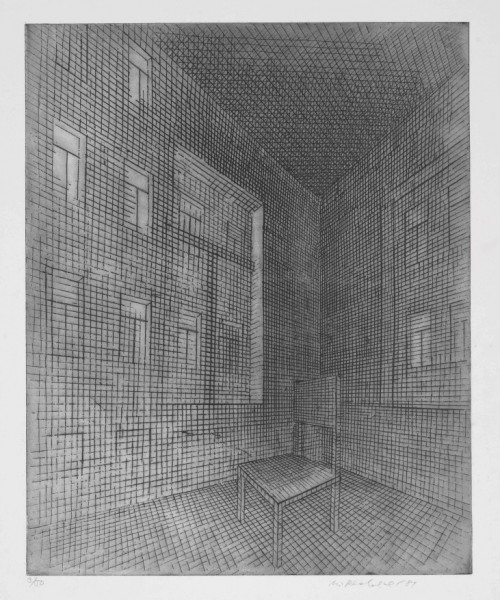 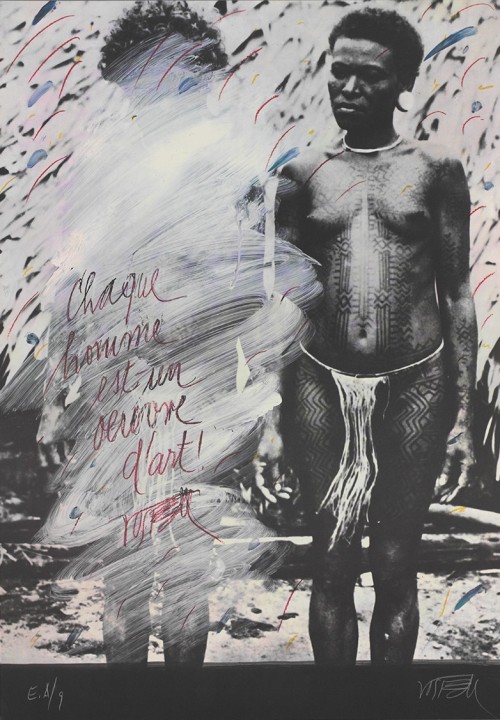 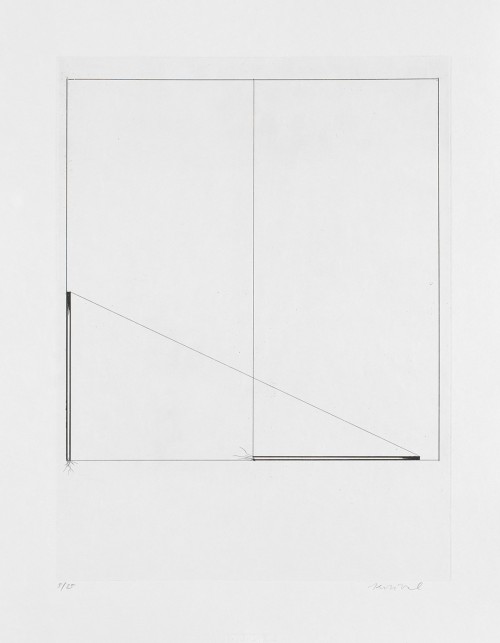 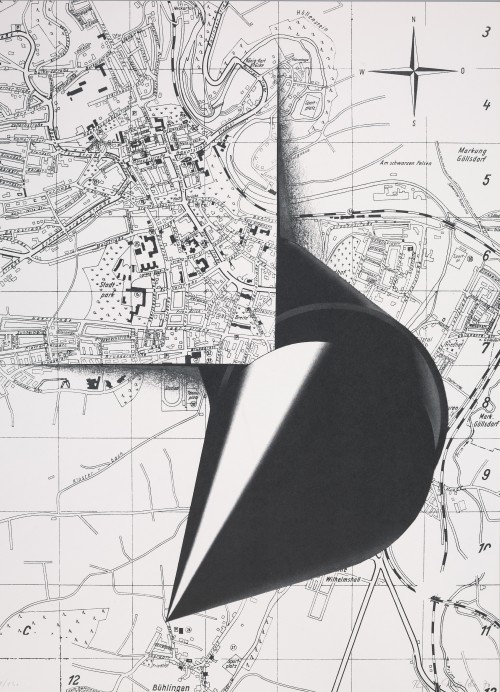 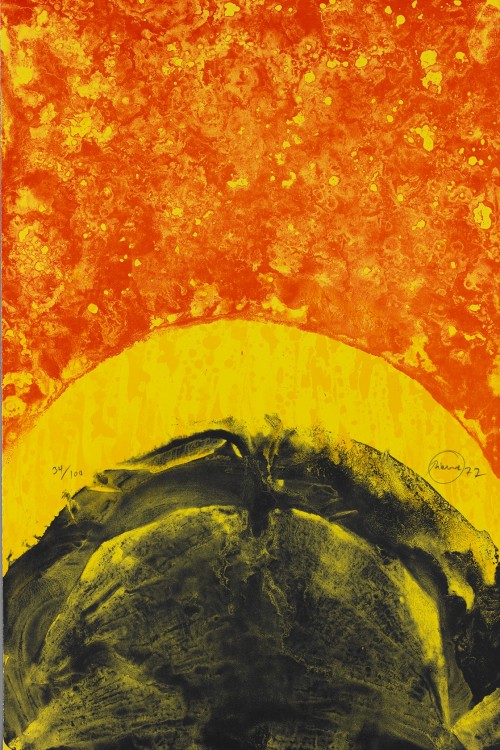 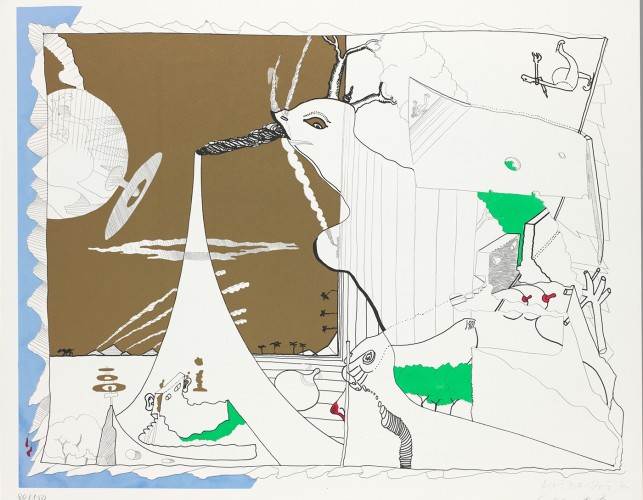 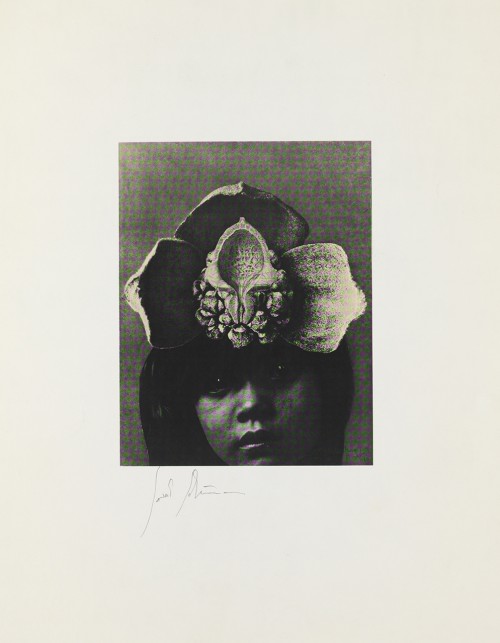 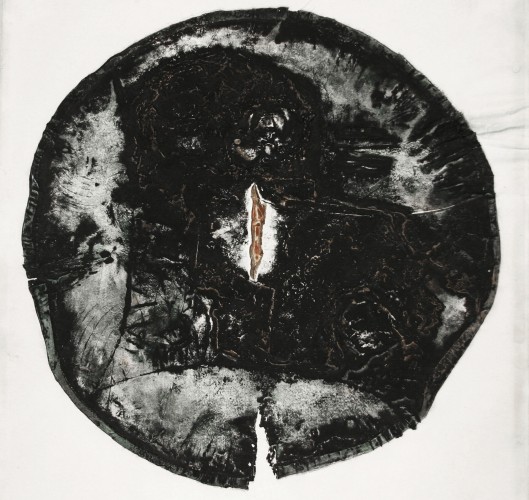 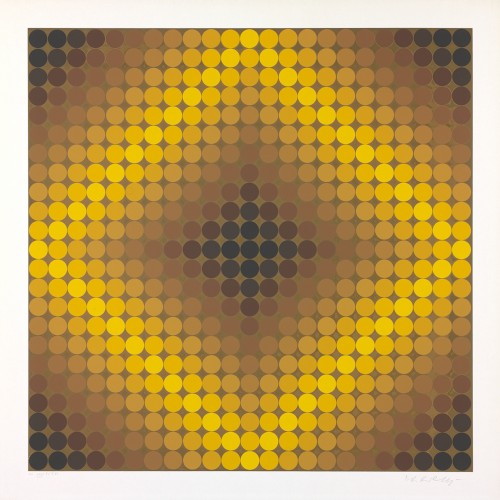