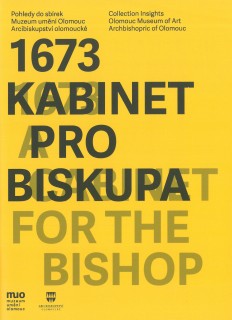 Titian, van Dyck, Veronese, von Aachen and other renowned names from the famous Picture Gallery of Olomouc will be on display in the Olomouc Archdiocesan Museum as of December this year. Visitors will get the unique opportunity not only to admire the jewel selection from the paintings, but will get known with the collecting activities of the 17th century including all their specifics. The exhibition called 1673 -Cabinet for the Bishop will freely follow up on last years exhibition on the life and work of Bishop Karl von Lichtenstein-Castelcorno.

"The year included in the title of the exhibition - 1673 – was very crucial for the archbishops collection. This year, Bishop Karl von Lichtenstein-Castelcorno bought a painting cabinet from the merchants of Cologne Franz and Bernhardt von Imstenraedt, which was absolutely unique in the whole art market of Central Europe at the time," says the author of the exhibition Miroslav Kindl.

The exhibition will present the individual paintings in the collection and their destinies before they met together in the cabinet of Imstenraedt. The establishing of the cabinet began already in the 1650s, when Franz Imstenraedt and his uncle Everhard Jabach managed to take part in an auction of works of art after the execution of King Charles I of England. Imstenraedt bought a large number of paintings during the auction and gradually expanded the collection. However, for reasons still unknown, he decided to sell it in the 1960s. The offer was also given to the Austrian Emperor Leopold I., but he rejected to buy the collection, so the merchants of Cologne had no choice but to look for another buyer. He was not found until 1673 in the person of the Bishop of Olomouc, Karl von Lichtenstein-Castelcorno. Despite several other difficulties, some of which came even to the provincial court, the rare cabinet - this time already a bishop’s one - has survived in only slightly reduced numbers until nowadays.

As of December, more than two dozen works from this collection will be on display in Olomouc. It includes not only paintings, but also, for example, albums of drawings which the visitors can admire, too. Using the example of this collection, the authors of the exhibition present the complex phenomenon of collecting in the 17th century.