To celebrate ten years since the opening of the Archdiocesan Museum opens new permanent exhibitions and the Museum of Modern Art this year will complete the reconstruction of buildings in Denis Street. These are in addition to the main exhibition plans Olomouc Museum of Art for the year 2016. According to director Michael Soukup is also essential definitive solution to the future of the Central European Forum.

Archdiocesan Museum in Olomouc in June will celebrate ten years since its opening. On this occasion, we will see complete replacement of its permanent exhibition, which presents 16 halls at the 300 art treasures from the 11th to 18th centuries from state and church collections. "Ten-year operation has examined the possibility of presentation of ancient art in the historic rooms and its educational potential. Leveraging experience in diverse exposure. We will focus on larger thematic coherence of individual parts, increasing the attractiveness of the installation and its contents," said Soukup. The exhibition, which will be inaugurated on June 2, appears as yet unexposed exhibits.

Thanks to cooperation with the Olomouc Archbishopric Museum of Art managed to establish cooperation with the renowned Metropolitan Museum in New York, which to celebrate the anniversary of the opening of the Archdiocese Museum will lend jewel of his collection. "These days we are finishing negotiations. We are interested in the work of the famous Spanish Mannerists El Greco,"said deputy director Ondřej Zatloukal.

Permanent exhibition will complement the new guide book and we will expand offer of educational aids. „We plan to create an interactive area in the exhibition,“ added Zatloukal.

Construction work and installation will require limitation of the operation for the public. From 8 March to 1 June the exhibition will be closed.

Changes this year also will see the building of the Museum of Modern Art. Until October will proceed overhaul of the roof and facade. Construction work has already been partially restrict the operation of the museum. Until the end of June is a closed permanent exhibition A Century of relativity. Reconstruction of the facade will be held in the summer. "These changes have the greatest pleasure, because after thirty years of operation, the building finally end up being decent shape. While repair includes replacement of all the shop windows on the ground and return to the original, slightly ocher building,"said Soukup. Renovate building the museum wants to present to the public on October 27, on the occasion of the 100th anniversary of the original reconstruction, which in 1916 was designed by architect Jaroslav Kovář older.

But the facade is the latest investment plan of the museum. "We will reconstruct the former cinema Central. If everything goes well, we would like to complete it in 2018. And of course, the culmination of our efforts would be the implementation of the Central European Forum Olomouc, recalled Soukup ambitious project which envisages the construction of a new building in a vacant lot adjacent to the existing museum building. The construction should have been paid from the Integrated Operational Programme, but the request failed in 2011 for alleged failure to comply with conditions of acceptability.

Implementation, which will cost about 350 million crowns, director of the museum wants to finally resolved this year. "Remain two financing options - from European subsidies, or from the state budget. For European subsidies is a limit of 140 million crowns for one project and this limit is unfortunately insufficient. Then appears as a last resort the state budget. And I want to try with the Ministry of Culture to find a definitive solution to this situation, "said Soukup. The new building is a necessity, according to him. "Mainly because the facility had insufficient capacity in the long term our activities nor visitor service meets the parameters of European standards," said the director of the Museum of Art in Olomouc. 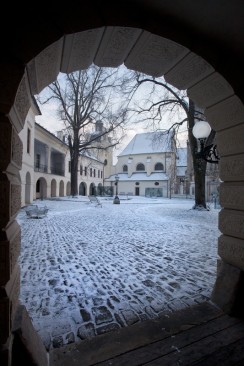 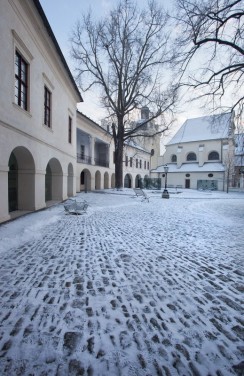 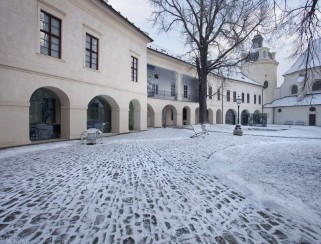 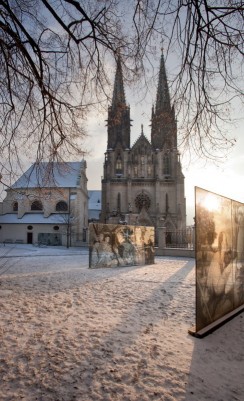 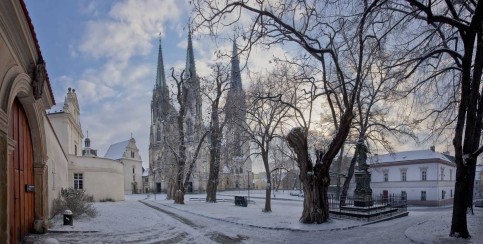