Painting, sculpture, graphic arts, architecture, design, furniture, books, clothes, jewellery, and toys: all these arts and crafts will be presented at the Aenigma exhibition in the Olomouc Museum of Art from 19th March. What is the common feature of over a hundred artists from 1911-2011? They were all inspired by anthroposophy, a spiritual discipline of the Austrian philosopher Rudolf Steiner. The exhibition, which presents works of art borrowed from institutions and collectors in Germany, Switzerland, Czech Republic, Sweden, Poland, and Ukraine, is the first attempt in the world to summarize a hundred year history of anthroposophic art and its integration in the history of art.

The work of the philosopher, natural scientist, teacher, architect, and playwright Rudolf Steiner (1861–1925) has become a source of inspiration for a number of artists and art fields. „Anthroposophy, which Steiner defined as a path of knowledge, to guide the spiritual in the human being to the spiritual in the universe, provides plenty of spiritual impulses for both art perception and creation,“ said the co-author of the exhibition concept. Anthroposophic art dates back to 1913 at which time an art and reform community was established in Dornach, Switzerland, near to the growing seat of the Anthroposophic Society called Goetheanum.

While the artistic value of Steiner has been appreciated recently, the inspiration by his ideas has, according to Voda, only been documented in connection with such artistic icons such as Piet Mondrian, Vasilij Kandinskij, Joseph Beuys, and Karel Malich. „Anthroposophic Art, which means male and female artists who either directly cooperated with or followed Steiner, has not been comprehensively presented and professionally treated yet. We went this direction,“ said Voda about the motivation to implement the international project.

The exhibition documents the development of anthroposophic art from the Swiss beginnings to the present. Its diversity reveals itself in the list of arts and crafts: painting, sculpture, graphic art, architecture, furniture, design, clothes, jewellery, toys, books. „Great many exhibits will be exhibited for the very first time. In particular, it concerns works of art borrowed from the important German collector Reinhold Fäth,“ said Voda. It is not easy to present a hundred years of anthroposophic art by selected works of over a hundred artists because their works are scattered all over Europe.

„Exhibits will be brought from public and private collections in Dornach, Berlin, Stockholm, Warsaw, Prague, Budapest, as well as Lviv, Ukraine. The transport from Lviv was very difficult because of the current situation in Ukraine, but in the end everything turned out well,“ said Štěpánka Bieleszová, exhibition producer.

As Voda pointed out, Swedish theosoph and anthroposoph Hilma af Klint (1862– 1944), a gem of prestigious exhibition halls, is going to be one of over a hundred presented artists. „Her masterly abstract compositions literally shook the history of abstraction. She has become an art celebrity recently. She has exhibited in New York, Paris, Munich, Berlin, and Venice Biennale,“ said Voda to demonstrate the importance of the Swedsih painter. He also pointed out that her works will only be presented in the Czech Republic for the second time. „We managed to borrow the great painting The Swan from the Hilma af Klint Foundation in Järna, Sweden,“ said the art historian.

Michal Soukup, director of the Olomouc Museum of Art, considers the borrowed work from the Moritzburg Art Museum in Halle, Germany, most crucial for presenting the period context. „Colleagues will lend us the works of Alexej von Jawlensky, a pioneer of abstraction worldwide,“ he said and added that he intensively negotiated with the museum in Halle about the date of repetition of the Aenigma Exhibition.

According to Voda, special attention should be paid to the demanding installation in the Tripple Nave which is unparalleled in the history of the Olomouc Museum of Art. „Antrophosophic art inclines towards Gesamtkunstwerk, which is combination of multiple kinds of art. We want the visitors to personally experience the synthesis of arts. Therefore, we installed three residential rooms right in the exposition premises: childrens room, living room, and a meditation room,“ said Soukup about the original concept which will impress the visitors by built-ins as well as by the colourful glazing decoration with natural mineral pigments. The author of the architectural and artistic concept, Christian Hitch, Swiss architect, designer, and sculptor designed the exhibition space as a path of knowledge. „It terminates in the treasury where we will present the riches and variety of anthroposophic jewellery and stained glass,“ he said.

A publication of the same name is a very important part of the Aenigma Project. It will be published in Czech, German, and English by Arbor Vitae publishing house in spring. The book will summarize the fruits of a long-term research and, according to Voda, it has an ambition to become a fundamental methodical work in area of anthroposophic art. 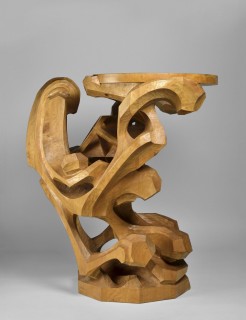 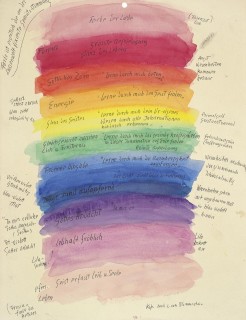 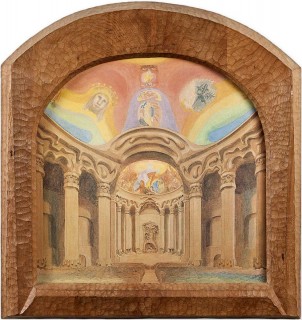 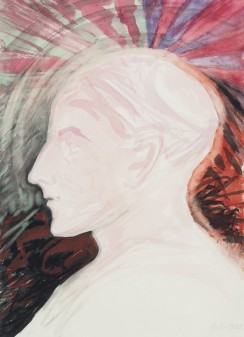 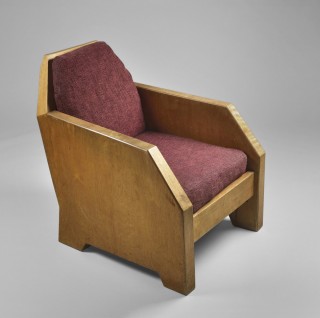 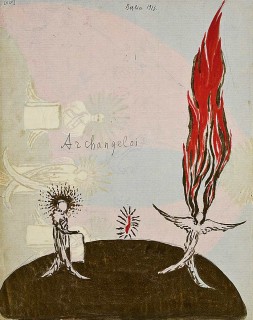 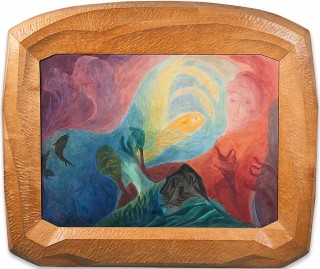 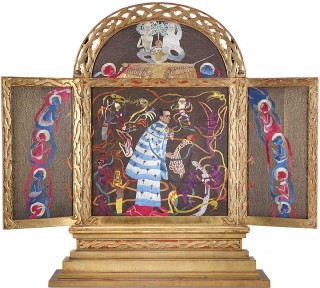 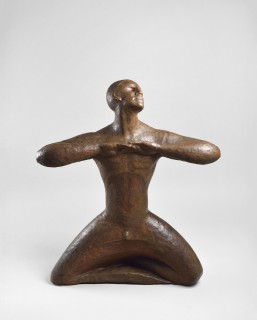 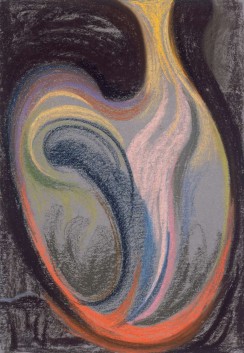