Established in 2006, the Archdiocesan Museum in Kroměříž is situated in the Kroměříž Chateau, the former prestigious residence of the bishops and archbishops of Olomouc. In 1998, together with the gardens, the Chateau was added to the UNESCO World Heritage List.

The original appearance of the Kroměříž episcopal seat, i.e. the castle of bishop Bruno von Schaenburg (1245–1281), is only hypothetical. The first written mention of the castle comes from 1435, although the architectural development of the residence may be traced back to the episcopacy of Stanislav Thurz (1496–1540). Of the multi-winged building with an inner yard from that time, only the present southern prism entrance tower with its unique Gothic and Renaissance stone sculpture decorative facade has been preserved, as has the late Gothic star vaulting in the upstairs room. During the episcopacy of bishop Stanislav Pavlovský (1579–1598) the building was re-built in the Renaissance style.

In view of the extensive damage to the castle during the Thirty Years War, Bishop Karl von Lichtenstein Kastelkorn (1664–1695) was obliged, upon being elected, to restore the chateau, not only as a prestigious residence, but also as an administrative centre for the episcopal properties, the feudal system centre and the executive centre of feudal law.

In 1665, Liechtenstein established a building office on the premises of the devastated chateau and employed architect Filibert Luchese (1606–1666). He envisioned the restoration as a thorough rebuilding, in part using the original construction and incorporating the massive tower into a complex of four monumental wings surrounding a central courtyard. At the same time the bishop founded the Flower Garden.

The vast rebuilding of the chateau took place in the second half of the 1680s when Giovanni Pietro Tencalla (1629–1702) adjusted Lucheses designs and also implemented them; first the north-east wing was built with a salla terrena and grottos. After almost a quarter of a century of intensive building and art work, the vision of Bishop Liechtenstein was fulfilled.

On 16th March, 1752, however, the Chateau burnt down. As part of the renovations, specifically the decoration of the prestigious halls and the library, painters Franz Anton Maulbertsch (1724–1796), Josef Stern (1716–1775) and later Franz Adolph von Freenthal (1721–1773) were employed. The renovation, including the decoration and furnishing of the interiors, was only finished in 1770. During the archiepiscopacy of Anton Theodor von Colloredo-Waldsee (1777–1811) the Chateau premises were expanded on the north side of the residence with the addition of a loggia with arcades (the Colloredo Colonnade).

Other significant alterations to the chateau and its immediate surroundings were carried out from the 1830s onwards when architect Anton Arche (1793–1851) was hired as Director of the Archiepiscopal Building Office. At that time the adjoining Sněmovní Square received its present appearance and the Chateau Garden was made into an English garden.

In the second half of the 19th century, the remodelling of the interiors followed. During the archiepiscopate of Theodor Kohn (1892–1904), the main entrance from the courtyard to the staircase hall of the chateau where a pillar portico with a balcony and a balustrade was built, complete with the archiepiscopal emblem.

At present, the complex of the gardens and the chateau is accessible via several types of tours. The Archdiocesan Museum in Kroměříž manages various "sections" of the collections introducing the individual parts of the archiepiscopal collections. Apart from the professional management of the collections, the museum prepares short-term exhibitions, too. 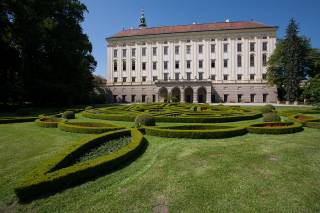 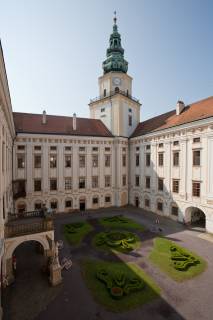 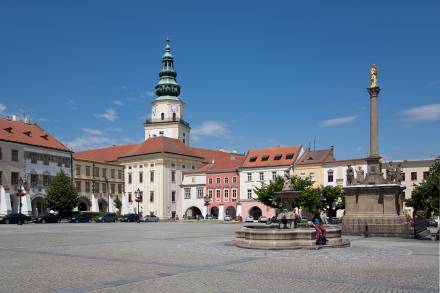 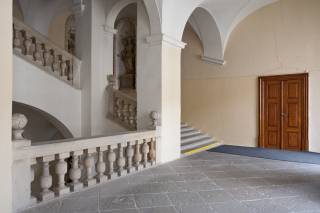 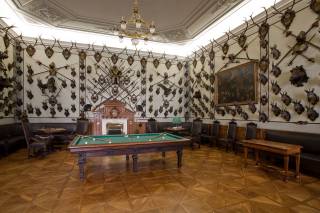 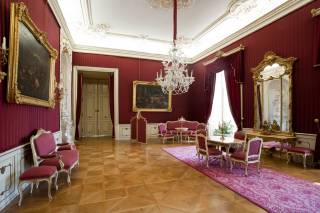 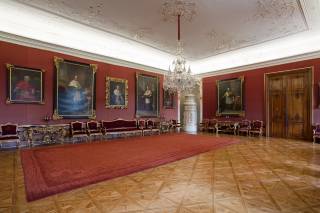 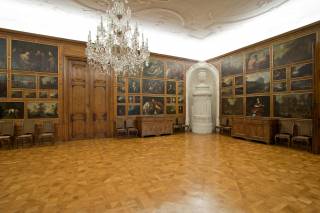 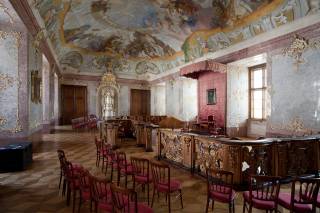 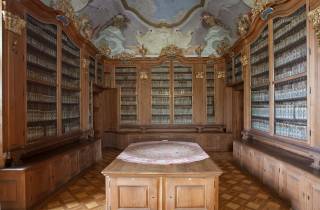 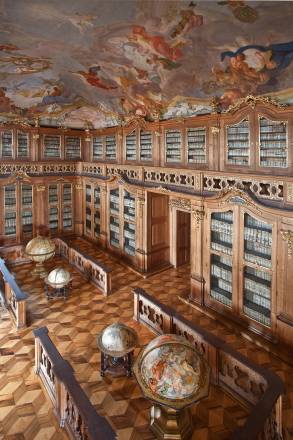 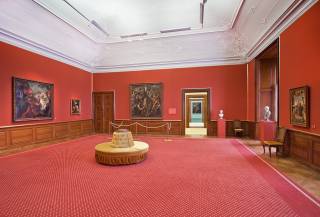 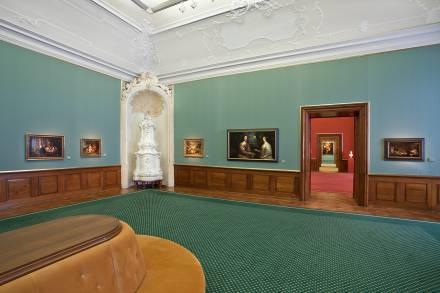 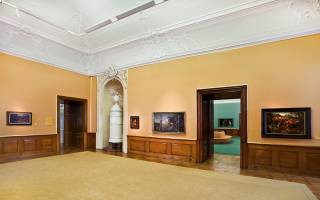 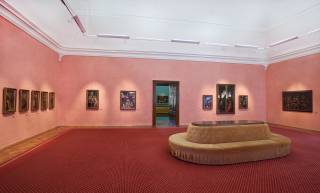 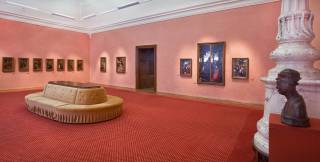 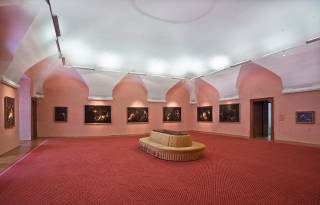