For almost 150 years, one of Olomoucs churches were decorated, and then a century-old wooden statue of St. Pavlíny a sv. Barbora together with the Crucified Christ all in the eyes of the former forge in Olomouc-Řepčín. From Friday, both worlds will enrich the permanent collection of Baroque art in the Archdiocesan Museum of Olomouc.

On the facade of the former Shepherds forge, the sculptor Valentin Vrana placed the sculptures in 1849. "It follows from the memoirs found in the 1980s as the statue of Christ. Other writings, the last of which dates back to 1904, are records of repairs of sculptures and forges, mention of individual family members and participating craftsmen and exceptionally also chronicle views of the life of Řepčín in the second half of the 19th century ", explains Helena Zápalková, curator of the Olomouc Art Museum with the fact that the union of the saints with the Crucified Christ in one unit was secondary. A different scale of sculptures, iconography, and especially the character of the carvings, show different author and date.

"Wooden, originally polychrome statues of St. Pavlíny a sv. The barbarians were most likely part of the altars of some of the Olomouc temples abolished at the time of the Josephine reforms. Their authorship can be attributed to the well-known Olomouc sculptor, Jan Sturmer (1675-1729), who is the author of the plague column at the Lower Square. Both martyrs were invoked as anti-moral patrons and their origins can be related to the post-blessing of the last major plague epidemic that affected both Moravia and Olomouc in 1714-1715, "explains Helena Zápalková.

The woodcutting of the Crucified Christ is the work of Ondřej Zahner, one of the most important sculptors of Olomouc Baroque, among others the main creator of the sculptural decoration of the Holy Trinity column. "The generous dimensions of the work allow us to assume its original placement of the work on the altar dedicated to St. Cross. Hypothetically it is possible to consider, for example, the cross altar in the former Church of Our Lady in Předhradí, demolished in 1839, "adds the curator.

The statues were completely restored a few years ago, and in 2010 people could see them briefly at an exhibition dedicated to the Olomouc Baroque. However, due to the material they are made of, they can no longer be placed outdoors.

"With the kind permission of the present owners of the works, the Olomouc Art Museum agreed on their loan and presentation at the permanent exhibition of the Archdiocesan Museum. The installation of the two saints in the Archdiocesan Museum opened Days of European Cultural Heritage, "said Tomas Kasal, a spokesman for the Art Museum. In the future, it is also planned to present a unique carving of the Crucified Christ. 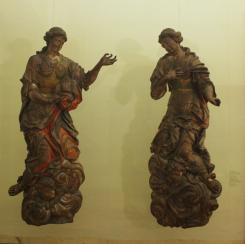 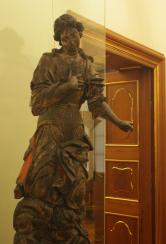 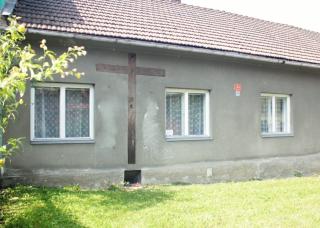 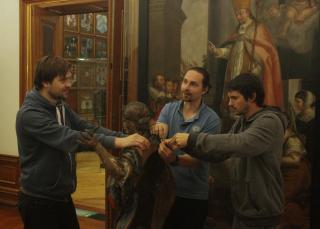 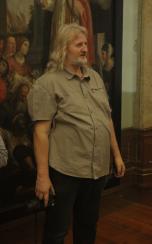 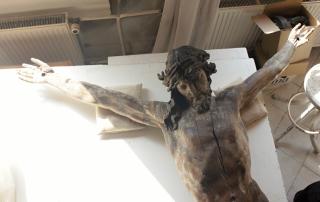 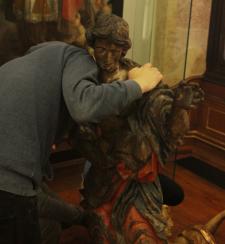 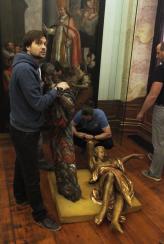 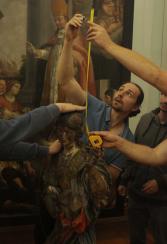 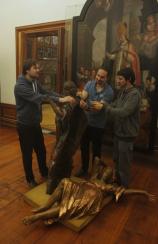 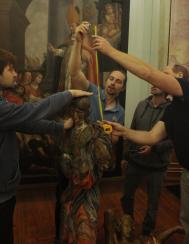 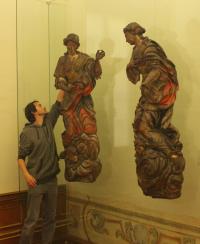 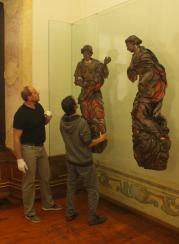