The Government ratified the financial support for the construciton of the Central European Forum Olomouc SEFO.

Olomouc Museum of Art gained over one billion Czech crowns for the construction of the building of the Central European Forum Olomouc SEFO. On Monday, this investment was approved by the Government together with other sixteen projects, among others the reconstruction of the Invalidovna complex or construction of the museum of railway and retro-engineering at the Masaryk station in Prague.

“The decision of the Government which approved the documentation of the programme National Cultural Heritage, is now definitely opening the door for the Olomouc Museum of Art to start the construction of the SEFO building,” confirms for MF DNES daily the decision of the government Minister of Culture Antonín Staněk.

In total, the Government released 7,873 billion Czech crowns for keeping the national cultural heritage; thereof 593 million Czech crowns for the construction of SEFO.  Since 2007, when the idea of a gallery of modern Central European art arised, this is the first time the financial resources for this project are guaranteed. “During 2019 - 2020 the museum can start drawing on the budget for preparation works including the architectural competition,” adds the Minister.

Michal Soukup, the director of the Olomouc Museum of Arts, welcomes the budget approval with appreciation for the Government and the Minister: “For us, this is a big step forwards an enormous satisfaction and of course a great task for the next years.  We have been waiting long for this moment and we all will do our very best to complete the SEFO project. The building is fundamental for its activities.”

The new building will provide besides the exhibition spaces for the art of the whole Central Europe the facilities necessary for running of the Museums activities – especially new depositories for the collection getting bigger and bigger and a new library with study room.

Olomouc Museum of Art is now together with the Ministry of Culture preparing a new architectural competition for design of the new building of the SEFO. “Right now we are preparing the competition for the administrator, we are dealing with establishment of the jury and especially the specifications of the conditions,” claimed the spokesman of the Olomouc Museum of Art Tomáš Kasal. 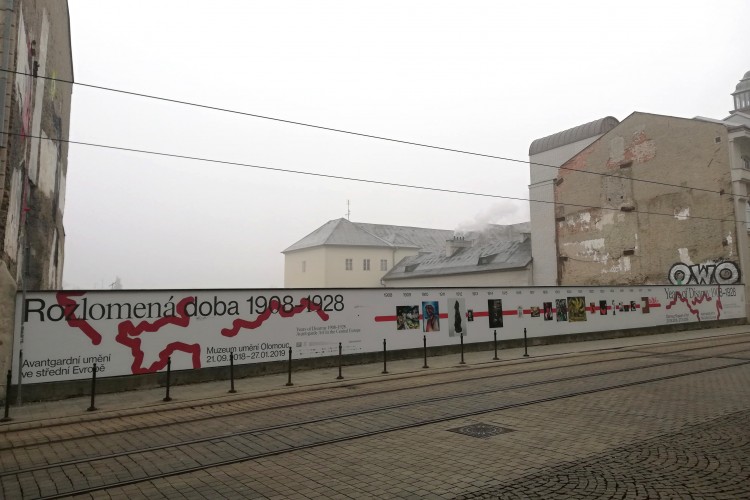