Saint Valentine is the representative of the Olomouc Baroque

St. Valentine painting is now moved from the chapel of st. Michael church to Olomouc Archdiocesan Museum. It will be part of the new exhibition Glory and Praise II, which opens to visitors on June 2.

Dimensional canvas Antonín Martin Lublinský depicts the saint patron of lovers and patients. It was originally located in a former church of the Virgin Mary on Předhradí, who stood in the Square of the Republic.

"The picture is especially interesting for us capturing contemporary realities and actual figures," said Helena Zápalková, head of the collection and exhibition department of the Museum of Art.

Lublinský has incorporated the image of Bishop Karl Liechtenstein-Castelcorn, provincial dean Paul Pusch from Grünwald or canon of Ferdinand Schöffel Schöffenheimu. Among the characters in the vista it is also apparent then form the dome of St. Václav.

The image will be placed in the Baroque part of the new permanent exhibition on the first floor of the south wing. That has put more emphasis on Olomouc churches and cults. "It will be one of the baroque stucco halls," added Zápalková.

Lublinský, which formed in the late 17th century, identified as Moravian Škréta. "He was a founder of Baroque painting in Moravia. As an Augustinian canon was Bishops artistic advisor. His paintings are so interesting from a painters point of view, but rather from content pages. He was also a significant inventor, therefore, the petitioner compositions and creator of various iconographic programs, "said Zápalková.

Exposure Glory and Praise II occurs on the tenth anniversary of the opening of the Olomouc Archdiocesan Museum. Now it will be from June to September also exposed El Greco painting Adoration of the Shepherds on loan from the Metropolitan Museum in New York. 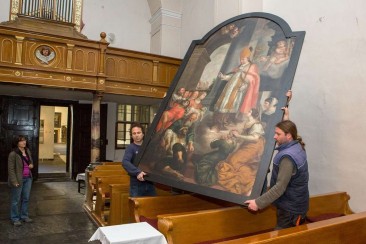 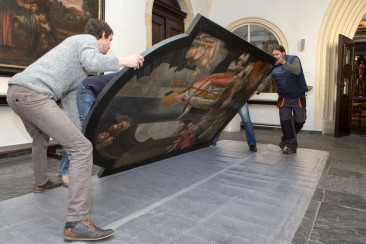 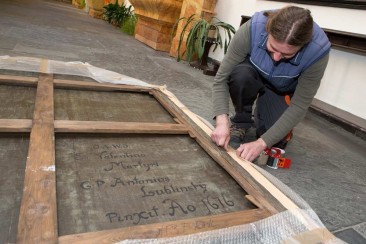 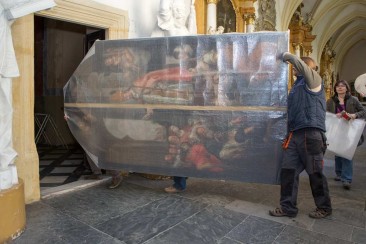 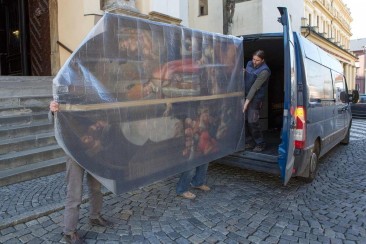