Window repair and reconstruction of technical support is the reason why the Theatre of Music will be until the end of January off.

"Although it might not seem to have fourteen windows. And we will not change them, but to restore their wooden frames," said the head of the production department Alexandr Jeništa.

Repair theatrical windows is one of the small steps of a larger intervention. The entire building Museum of Art receives during the first half of 2016 a new facade and roof. In 2017 would come into play should the reconstruction of the former cinema Central. 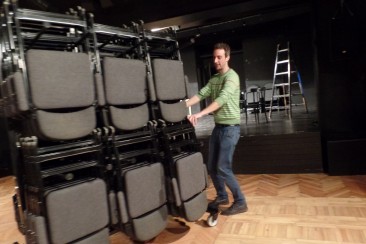