Festival of documentary films on human rights "One World" will find a home in Olomouc from 29 March to 2 April 2016. "Finding a home is the main theme of the 17th edition of the International Film Festival on Human Rights. In the Metropol cinema and also in Olomouc Museum of Art festival will present 16 foreign and domestic films and 5 short student films.

One World in the Regions is organised by People in Need in conjunction with its regional partners. The One World festival traditionally travels around the entire Czech Republic, as well as in Prague. Screenings and accompanying events take place in another 32 Czech towns in March and April.

The regional versions of the festival could not exist without the spirited civic approach of local partners, who take an active interest in what’s going on around them and have sufficient energy and zest to bring, via the festival, contemporary issues to their towns. The diversity of cooperating organisations and individuals confers a degree of originality on every regional festival, making it a colourful, unique whole.

Thanks to the growing number of regional festivals every year, topical subjects reach tens of thousands of people in all corners of the Czech Republic, from Karlovy Vary to Třinec. This provides viewers with a unique opportunity to discuss those issues, thereby contributing to a more cultured, tolerant and educated society. This initiative is completely voluntary and spontaneous. 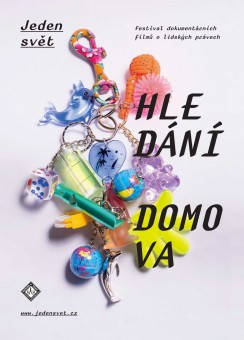