Mrs. Annie from a poster

On Thursday, June 30, 2016, we will launch the exhibition by Jindřich Štreit "(Un) known photographs 1978-1989". Photo what we have used on posters and on the cover of the new book, originated in Sovinec in 1987. Why Jindřich Štreit and curator Štěpánka Bieleszová chosen just this photo?

Štěpánka Bieleszová: For this photo we did the whole book. In the view of that woman is to feel deep melancholy and fatigue, which I often saw in the eyes of my mother. For me it is very sensitive and nostalgic photo.

Jindřich Štreit: Thats our neighbor - Anna originally Smikoňová now Nečasová which I photographed almost daily. We were part of her family. We were at baptisms, weddings, birthdays, funerals and trying to help her family. It is photographed in Sovinec pub where Annie used to go for a beer, a cup of coffee. It is a pity that the pub where we held the monumental exhibition openings, is now in a deplorable situation and disfigures the village.

More comments on selected photographs you will find in the new issue of our magazine Muzeion, which will be released on July 1st. 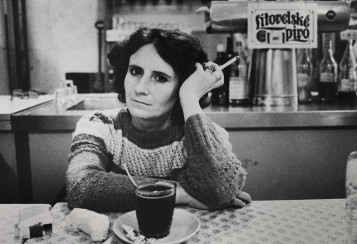 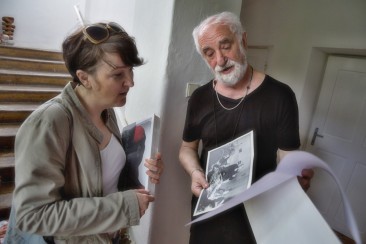 Selection of a photographs