At the age of 84 years died on Sunday, January 24 artist Ludmila Padrtová. This was announced by art historian and family friend Zdenek Primus. Last farewell to the "first lady of Czech abstraction," as it is art historians for his pioneering contribution to the history of Czech art called, took place in a narrow circle. Olomouc Museum of Art organized the first ever retrospective of Ludmilla Padrtová in 2014.

A retrospective of an extraordinary artist who created an impressive collection of paintings and drawings in the second half of the 50s in  near seclusion and who can be included in a wide stream of post-war Lyrical Abstraction. Her significant efforts of that time place her, according to art historians, along with Vladimír Boudník, among the leading personalities of the beginnings of Czech Informel.  However, it soon fell into obscurity, as the artist  had finished with painting by 1961, and she either gave away or destroyed a considerable part of her works in the following years. Padrtová returned to creative arts and started to draw again fifty years later, in 2011. She has created several hundred drawings and collages, which extraordinarily complement her early works. 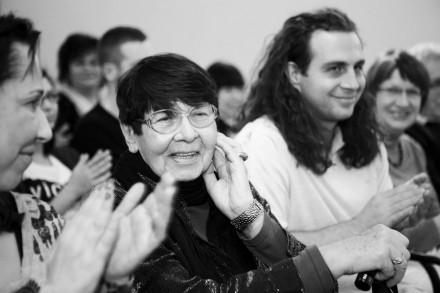 From the opening of the exhibition by Ludmila Padrtová at the Museum of Modern Art (2014). Photo: Lumír Čuřík 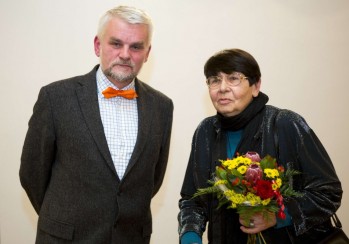 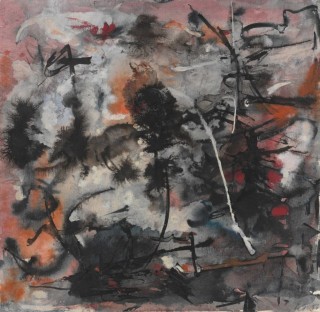 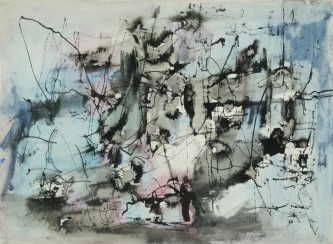 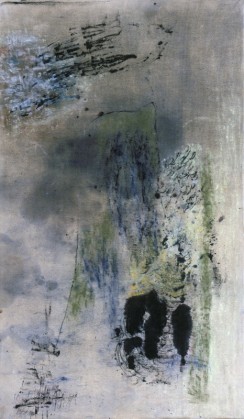 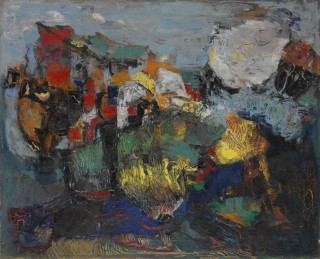 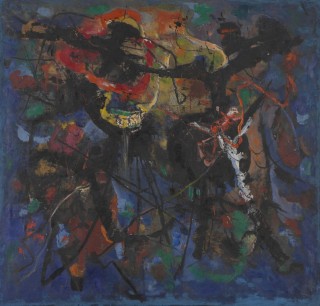