The Quartet will take you to the Archdiocesan Museum

The Quartet - a new film by Miroslav Krobot and Lubomír Smékal, is currently entering cinemas. The audience will lead to the birthplace of the main heroes - Olomouc. The story of four musicians, thirty-year-olds trying to find happiness in life, was filming a successful director in several places in the city, using private flats, the Submarine Pub, the Klášterní Hradisko, the Neředín Cemetery and the Olomouc Archdiocese Museum.

Actors such as Barbora Poláková, Lukáš Melník, Zdeněk Julina and Jaroslav Plesl will be shown, for example, in the rare carriage of Cardinal Troyer, in the New Hall or New Cellars. The film was filmed for only four days with the Archdiocesan Museum.

Quartet, according to Miroslav Krobot, refers to the generation of thirty-year-olds, but the subject certainly does not concern her. The story tells of a quartet of young musicians preparing for a concert of their quartet. Different heroes combine love for music and desire for happiness. The problem is to some extent that happiness is something different for each of them. The lead of the quartet is Robert (Lukáš Melník), who can not escape, and although he does not like, often subject to his manipulative mother, another member of the quartet is Roberts attractive and somewhat unbalanced partner, Simon (Barbora Poláková), which quite badly damages Roberts life order. Then there is the entertaining Tomáš (Jaroslav Plesl), which attracts unusual situations, but it is rather unruly and eventually somewhat older and introverted "Funés" (Zdeněk Julina), who is fond of history. Quartet members are called "Batrflaj" (Pavlína Štorková) and there is also a sympathetic psychologist in the performance of Lenka Krobotová. In the role of Roberts mother, the audience will see Jan Štěpánková and Jiri Schmitzer as a waiter of the cult pub Submarine.

The script for the film Miroslav Krobot wrote again with a former college grammar student and psychologist Lubomír Smékal, with whom he had already recorded the film Díra near Hanušovice.

Who wants to see the places where Krobots Quartet is going, so just head to the Olomouc Archdiocesan Museum. Open daily except Mondays from 10am to 6pm. Moreover, the Sunday entrance is free of charge. 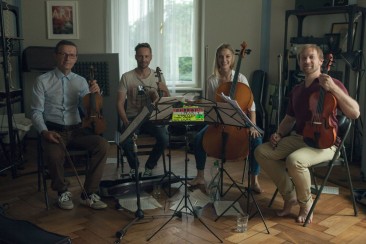 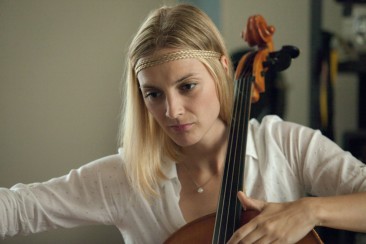 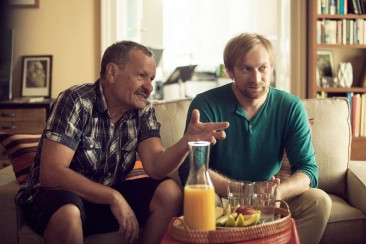 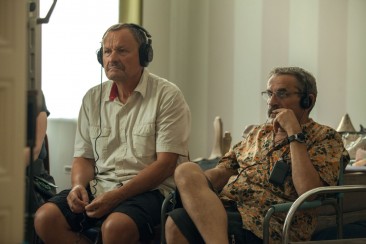 From the filming of Quartet
Video
Related