During the biggest exhibition of Polish abstract art in Czech Republic Abstraction.PL extraordinary paintings and strong stories on show The communists prohibited his exhibitions, his pieces of art have been destroyed, he was given a notice on behalf of the minister of culture, his family life came apart, and finally, he has been living on the street without any money. All that because the founder of the Polish post-war abstract art Władysław Strzemiński refused to produce “the only right art“ – the art of socialist realism. He died in 1952; officially, it was because of tuberculosis, in fact, he simply died of hunger.

Despite of the cruelty of the regime and the fear of the artists at that time, the Polish abstraction art survived and as of April 20, thanks to the exhibition Abstraciton.PL in Olomouc Museum of Art, the representative selection of Polish post-war abstraction will be displayed here.

“After World War II, in destroyed Poland there have been no private collectors. If a piece of art was not bought by a museum, there was no other chance for the artist to sell his work. The museums supported only a certain kind of art defined by the ministry – socialist realism. Artists who did not want to obey were strongly threatened.  Abstractionists had nothing to eat and nothing to live from. Those were said times,” tells the Polish art historian and the curator of the exhibition Beata Gawrońska-Oramus.

The story of the famous painter Władysław Strzemiński was revived in 2016 by another famous Polish man – director Andrzej Wajda, who made a movie based on the life story of Strzemiński called „Afterimage“. It shows how an individual can become a symbol of artistic opposition against tyranny without any aggression or hysteria, but still very unrelenting and strong. “I´m not against, I just do have a different opinion on art,“ summarizes Strzemiński (by Bogusław Linda)  his conflict with rising dictatorship.

Not all the artist wanted to follow Strzemiński his attitude. They had to search for new ways how to paint and to survive. “They worked in a schizophrenic way – officially, they produced works according to the requirements of socialist realism, and in the meantime, at home, they worked further on abstraction. This is how for example Wojciech Fangor or Henryk Stażewski were living, and there are not to be judged for their attitude, as nobody wants to starve to death,“ means Beata Gawrońska-Oramus.

Most of the artists have been working secretly at home, just like the pioneer of the Polish gesture painting Alfred Lenica. “He took part on the exhibitions of socialist realism, too. These works are kitsch for sure, but at home, he was working on phenomenal pieces of abstraction art,” reminds the author of the exhibition.

On the contrary, other artists welcomed the change of the regime; they have been swayed by the spirit of that period. Jonasz Stern is a good example, never less, he was known for his leftist attitude before the war anyway“, the art historian adds.

The Revival of Abstraction

The exhibition Abstraction.PL brings back all these authors, but goes even further, behind the tragic 50´s. “At the end of the 60´s and during the 70´s, the euphoria of the less repressive regime influenced the abstraction. Again, the artists as Roman Opałka or Wojciech Fangor were allowed to exhibit in their country and abroad as well.  Opałka even had his own exhibition in Guggenheim Museum of New York,“ reminds Beata Gawrońska-Oramus.

The new era brought new stories as well: “Jan Pamuła is one of the extraordinary artists, as since early 80´s he has been using computer for his works. He became therefore a pioneer of this kind of art in Poland,“ adds the author of the exhibition. His work will be displayed among 170 paintings of 62 authors of the prominent Polish abstractionists.

The project is co-organized by the Adam Mickiewicz Institute operating under the Culture.pl brand within the international cultural programme POLSKA 100 accompanying Poland’s centenary of regaining independence. The exhibition, which takes place under the auspices of Polish and Czech Minister of culture,  is financed by the Ministry of Culture and National Heritage of the Republic of Poland as part of the Multi-annual Programme NIEPODLEGŁA 2017-2021 and further supported by Polish Institute Prague and Ministry of Culture of Czech Republic. 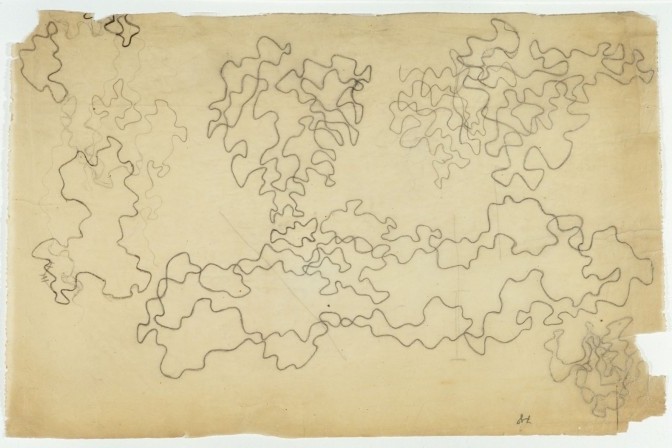 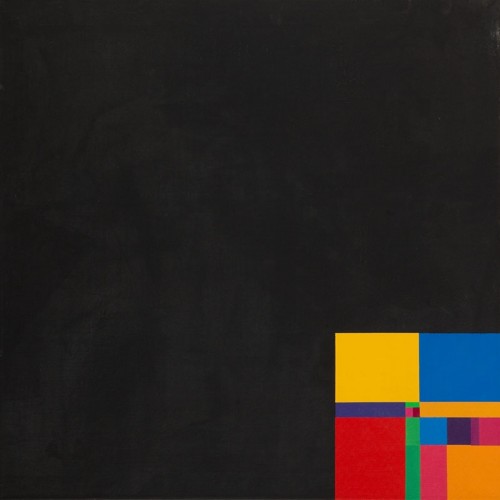 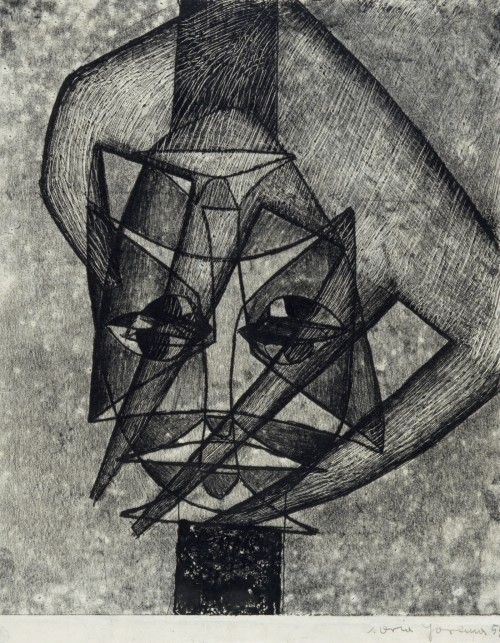 Head, from the series Words, 1954, monotype with tempera, collection of Grażyna and Jacek Łozowski 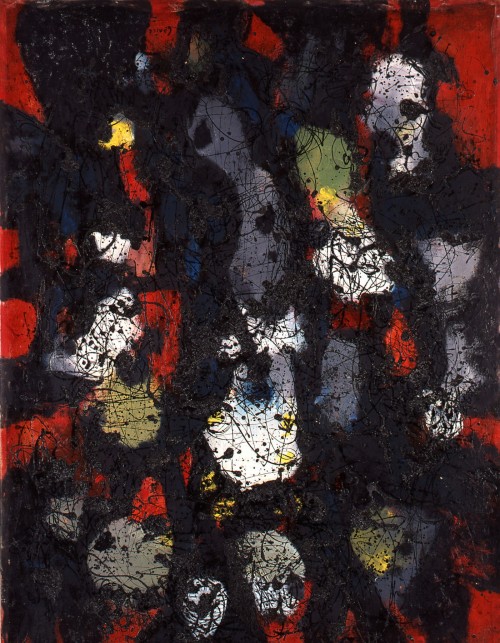 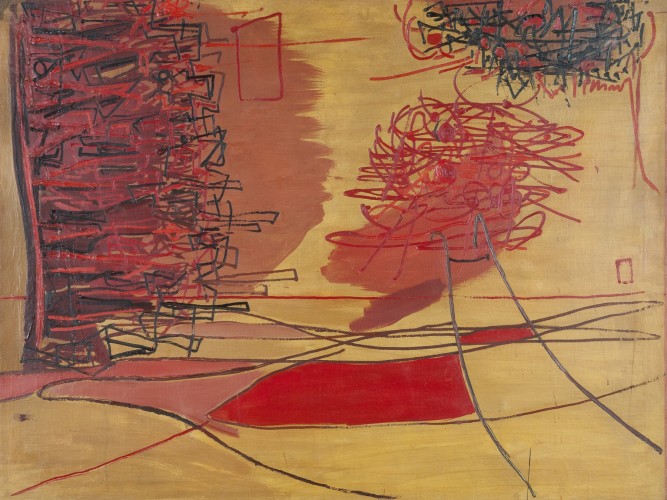 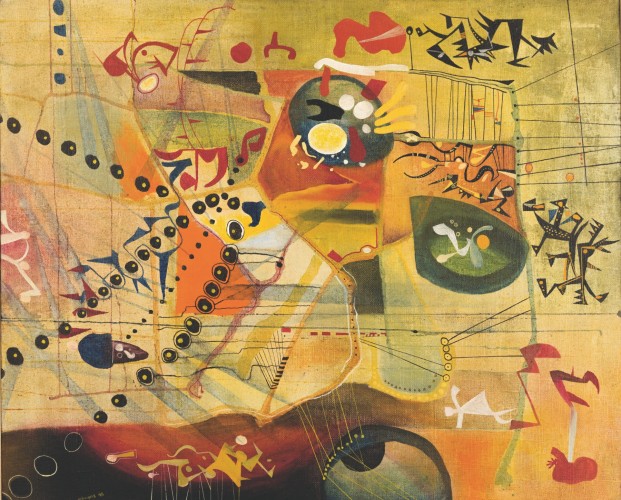 In 5 minutes the twelfth in Nankin, 1948, oil on canvas, a collection of Renata and Grzegorz Król 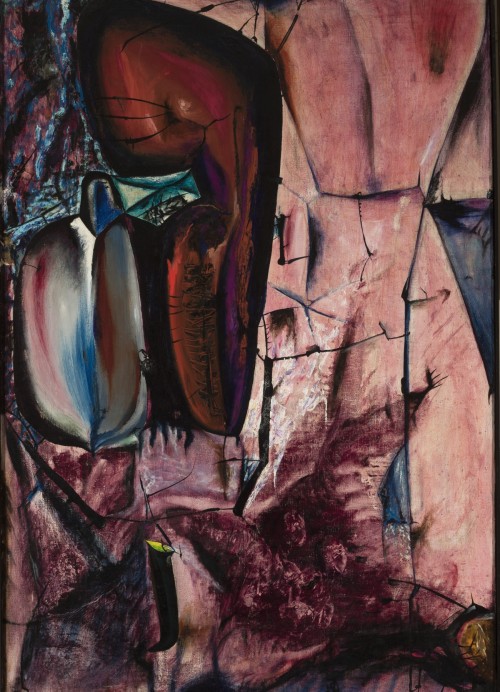 Struna, 1957, oil on canvas, collections of the National Museum in Warsaw 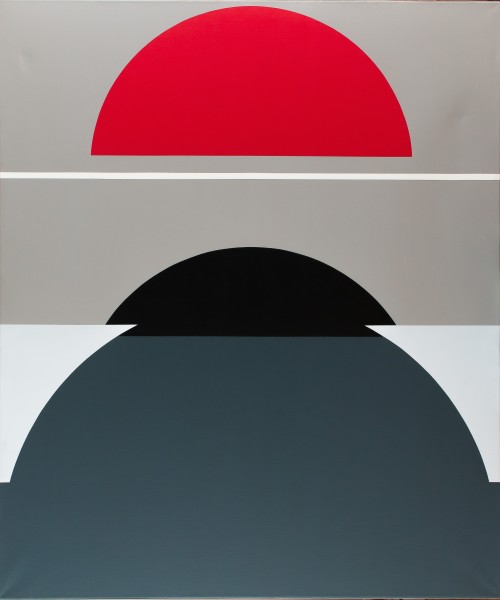 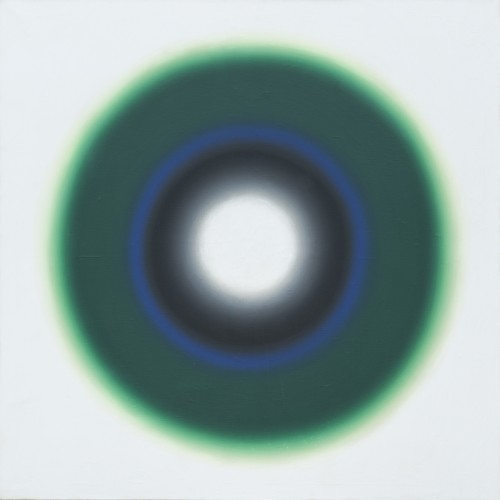 B103, 1966, oil on canvas, Grażyna and Jacek Łozowskis collection 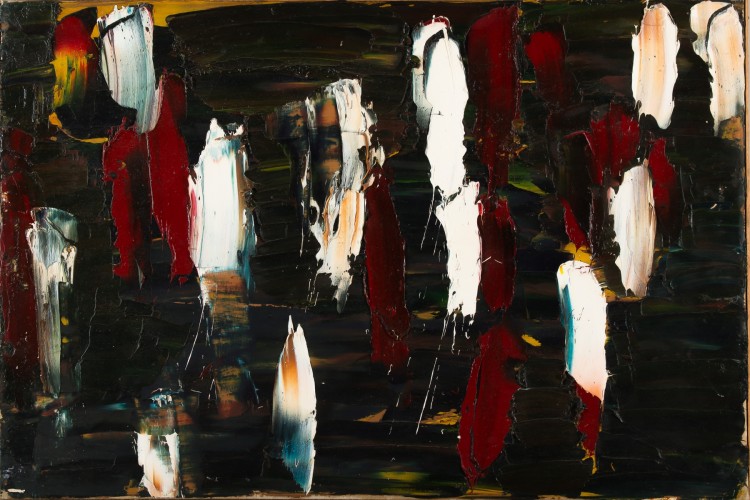 Untitled, oil on canvas, a collection of Renata and Grzegorz Król 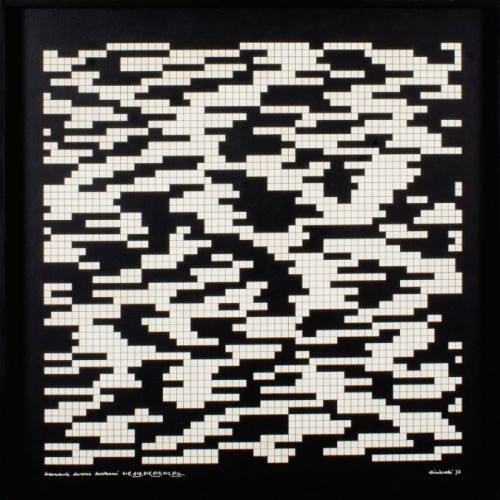 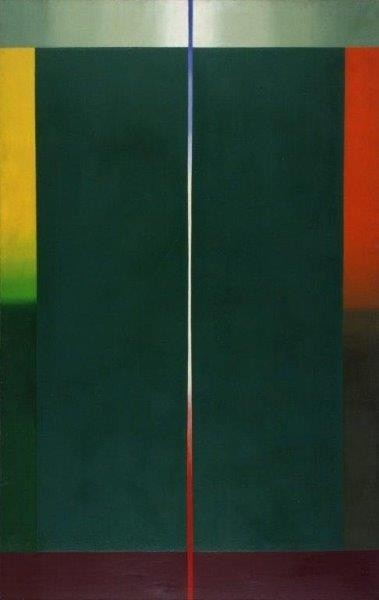