Almost at the last minute to complement the exhibition To Catch Up and Get Ahead last two major exhibits – moped Stadion S 11, and the TV Tesla 4108U nicknamed Azurit.

"They are family heirlooms. TV loaned for the exhibition of Vilém Švec from Olomouc, moped Petr Drozd of Horní Huzová u Štěpánova," explained curator Klára Jeništová. Fully functional moped did not come to the museum on your own just because of bad weather. According Jeništová it is possible that the machine grandfathers owner after the show finally departs.

Exhibits from the sixties, a golden era of Brussels style named after the venue of the World Expo, will be on view until January 24th. The exhibition also includes "Brussels Room" in which subjects varies according to how the visitors to the museum on loan or "duel" Czechoslovak and Polish china. 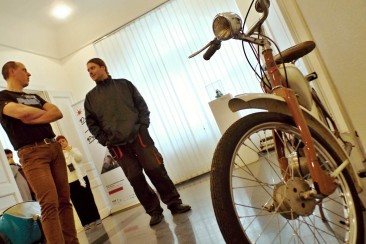 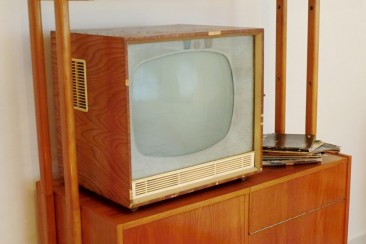