Black tears show the lives of poor people in Bangladesh

Hard live in exotic Bangladesh presents visitors with a new photo exhibition at Café Amadeus - Black tears. Czech photographers Hana Connor and Filip Jandourek focused on people living and working in the terrible conditions of the slamming of the Dhaka capital.

"The project came from several visits to Bangladesh. Visitors will see two files. One of them is the lit portraits that were created at dusk. They are the contrasts of people and their environment. Then there is a documentary about the environment itself, "explains Hana Connor, author of photographs.

Together with the winner of Czech Press Photo in the portrait category by Filip Jandourek, Hana Connor wants to draw attention to the humanitarian crisis in this country, which was held in Luxembourg and is now in Olomouc.

"The exhibition is about people who come from an area that is flooded by cyclone and rising sea levels. When the water is flushed, the soil and the village often collapse. Or the soil is salty and can not be grown there. So people are forced to leave their homes and go to overcrowded Dhaka, "Hana Connor describes the problems of the local population.

"Its such a contrast, because the villages are such a paradise on earth, and suddenly their inhabitants come to a polluted city and live in a straw. They work here in extreme conditions. Our set is about people who melt aluminum there. They breathe fumes all day, children play next. They all dream of returning to their beautiful, clean village once, buying land where there will be no flood and living there, "he adds.

The capital of Bangladesh targets two thousand migrants every day, who are forced to seek a living here. "Everything is collapsing in that city. There is no sewer, infrastructure, electricity. Hygienic conditions are scary. The city can not move. You are driving four kilometers for two hours. It was also a problem for the shooting, we had to go to the locations in advance. Walking there can not move there at all. They do not know the sidewalks, they do not follow traffic regulations. Through the photos, we tried to show the current problems that are there, "emphasizes Filip Jandourek.

The exhibition, initiated by the legendary photographer Henry Striit on June 29, will be held at Café Amadeus until September 3. 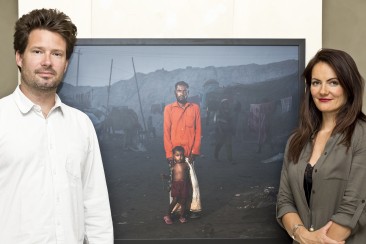 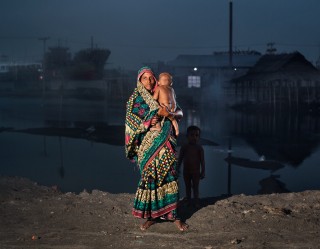 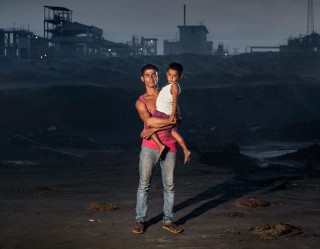 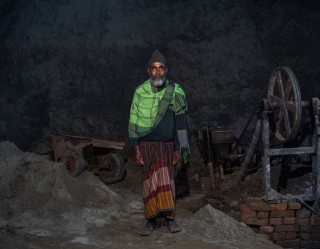 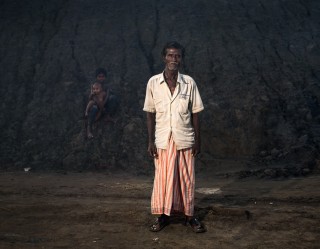