Architecture for the Forum The Olomouc Museum of Art urgently needs a new building to preserve and present its own collections. There has been a gap in the neighbourhood of the Museum of Modern Art since the 1970s. The situation directly calls for the wound in the historical area of Olomouc to heal. Just as in the past, large buildings of the city administration, the church or the army have succeeded in redefining their surroundings; the new building of the museum has the ambition to contribute to this remarkable number of exceptional Olomouc buildings. The exclusive plot on the territory of the city monument reserve is situated in the place of a communication narrowing, where the flow of all kinds of exchanges - commercial and cultural - has flowed since prehistory. The location of the new building in this place is absolutely ideal and with regard to the content of SEFO, which maps social and cultural changes in Central Europe, it is of a symbolic value, too. To respect the historical structure of the city and at the same time to confidently join the current architectural expression - what else should the new building of the Museum of MODERN Art look like? Respecting the five medieval plots and at the same time a uniform volume of a new concrete building, the architect Jan Šépka connects the characteristic diversity of the place, its changing scale. The figure of the building is created by regulations, which the historical structure of the place requires itself. However, the architect gives up detail in favour of an abstract form. Then it can be logically placed to the current end of linear development, behind medieval, baroque and neoclassical monuments. In the course of the history of modern architecture, it is an example of contrasting architecture, which, with regard to its content, shapes the cultural environment of the city and its wider framework. In addition, it intends to exceed it - SEFO, as the bearer of cultural exchange and reception in Central Europe, has the potential to offer it to interested parties from around the world. The forum, in which the issues and problems of shared space are to be discussed, will finally gain a roof over its head thanks to the new building. Courage and context
Lets bring new contrasting forms! The Olomouc Museum of Art guarantees the quality of both its collections and its visions. The cross-border program deserves a confident building that matches Europes leading new museum buildings: the Santaigo de Compostela Centre for Contemporary Art, the new part of the Museum in Bruges, the House of Arts in Bregenz or Graz, the new museum in Lisbon or Perth… These are just randomly selected buildings that the leading cultural institutions have proudly placed in direct confrontation with the historical situation. Even the SEFO will "strengthen" the damaged urban relations with its distinctive gesture and underline the quality of the existing environment - after Prague, the most important and extensive monument reserve will acquire a contemporary jewel.
"Šépkas" architectural gesture is not empty shouted. The will to obey the historical conditions of the street lines, the heights of the ledges or the archetype of the gable roof make it a remarkable example of contextual architecture. Otherwise, he probably would not have got the support of the General Director of the Monuments Institute presented by a large group of leading specialists on monument care, architecture and urbanism. 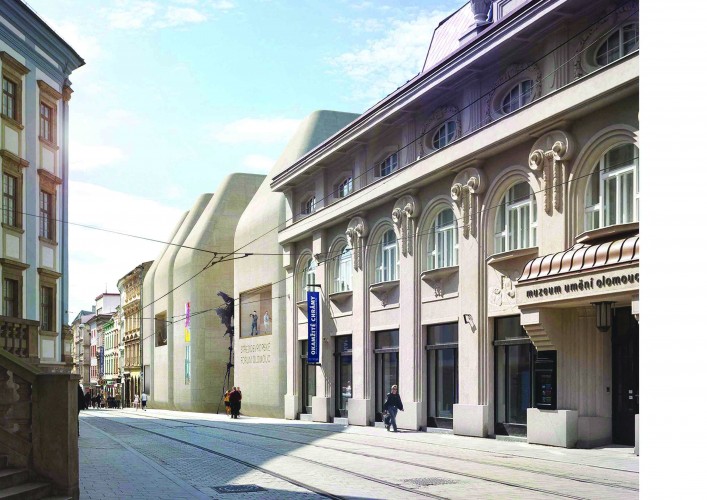 View from the street from the existing museum building 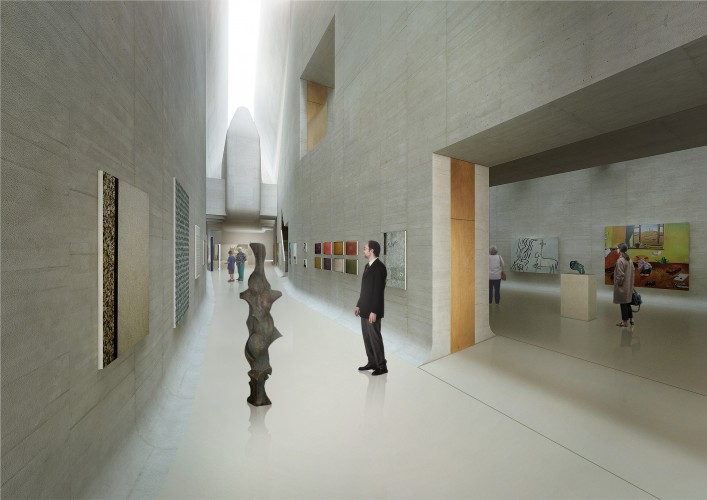 The interior of the new building. 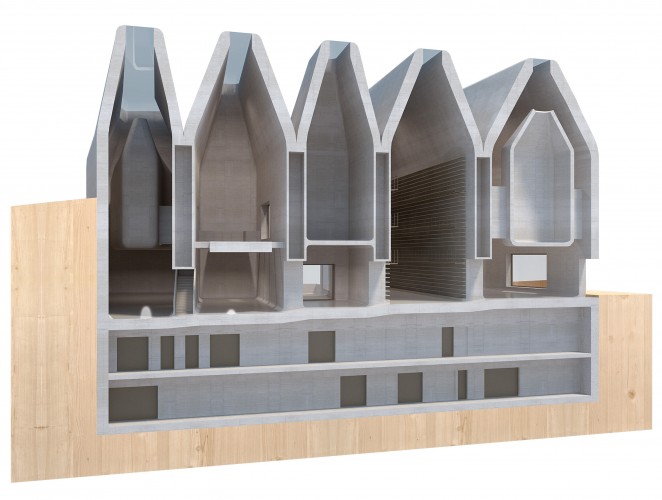 Cut through the building. 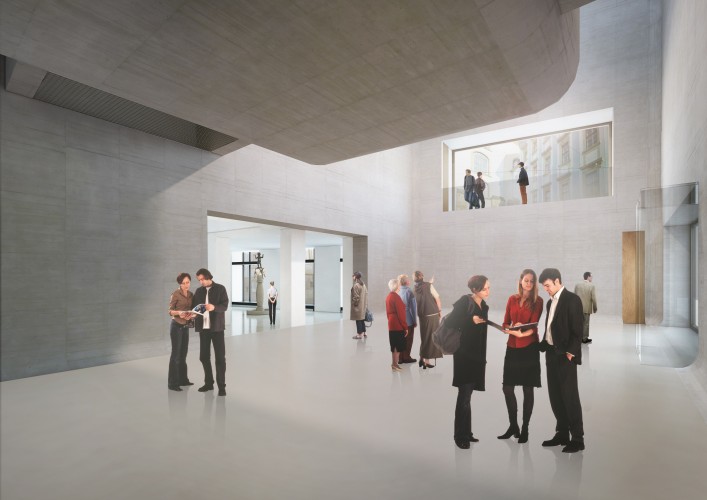 The entrance of the building. 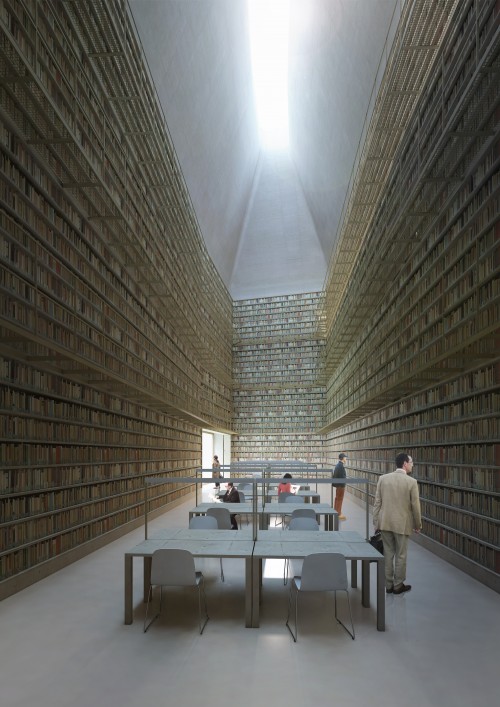 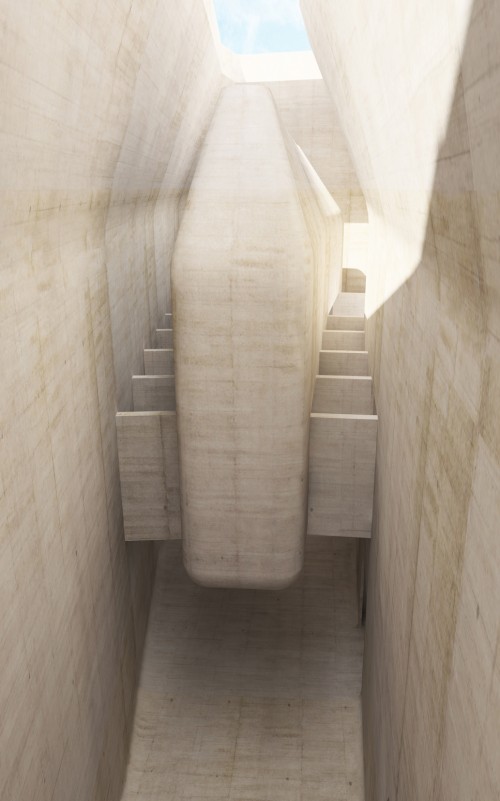 The house in the house.