The café is now closed.

The ground floor of the Early Baroque west wing was built by Jan František Poppen (1673 - 1689), The Capitular Deanery was originally used as a carriage house. After building a new carriage house in the east wing of the residence in the first half of 18th century, the interiors were altered for farming purposes.

The cellar under the northern part of the south wing of the Deanery was built after the Thirty Years War, under the Capitular Dean Klaudius Sorina (1650 - 1658) and later rebuilt under Jan František Poppen (1673 - 1689). The quarry stone brickwork on the north side of the basement is connected with the foundation of a Gothic house of Dean Bartholomew, which no longer exists; it is the place where King Wenceslaus III was murdered. 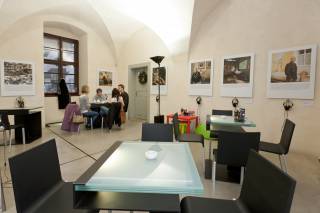 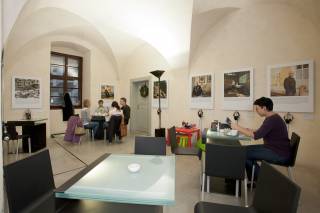 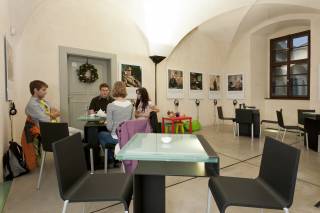 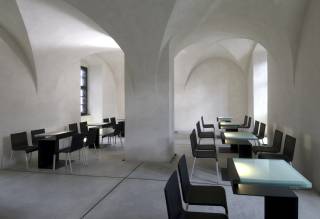